The best street artists know how to adapt to their surroundings creatively and emerging Belgian artist Smates shows us exactly what that means. Here he transforms a concrete motorway pillar into a tank for a Great White shark, changing the mundane into the monumental. 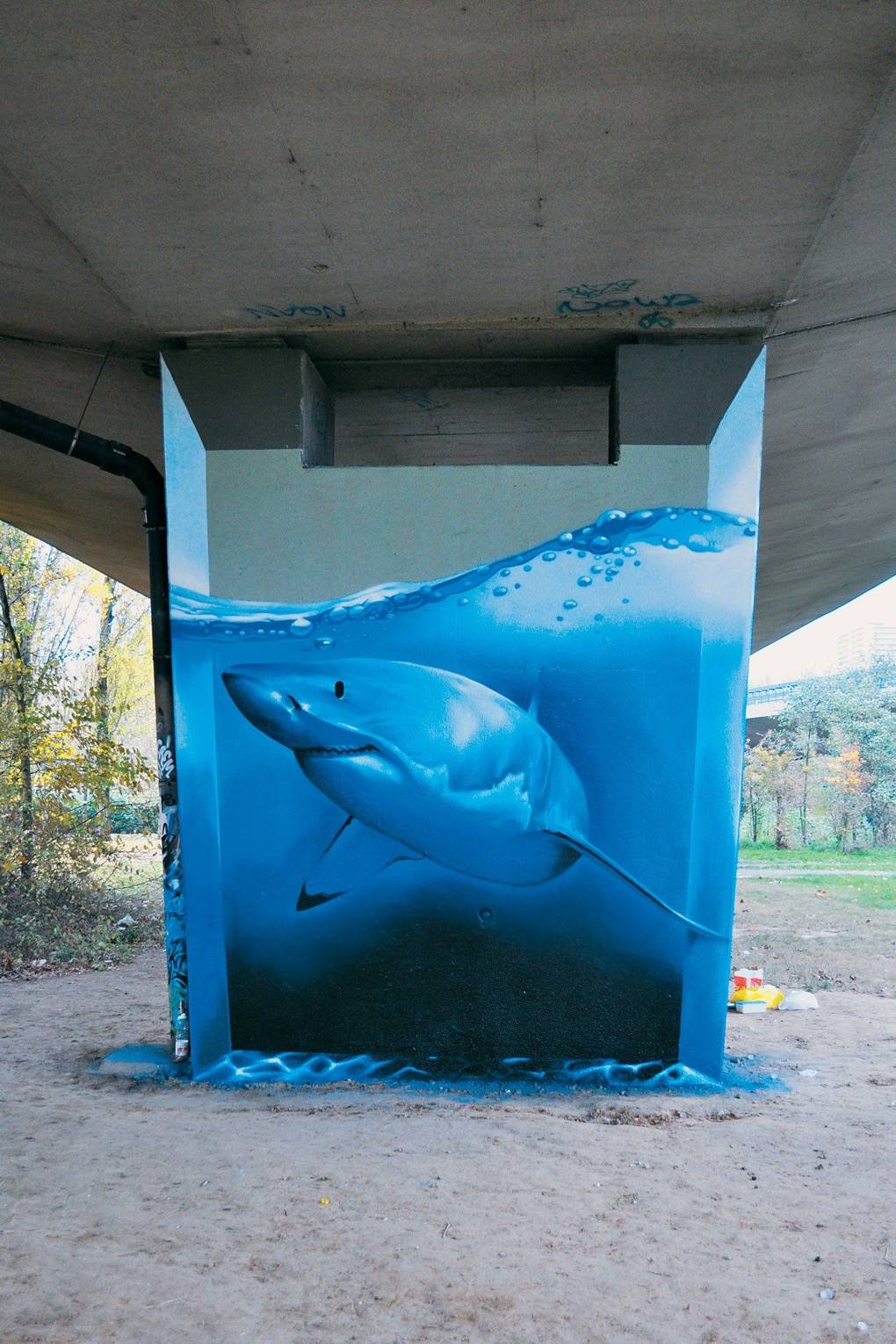 Argentinian artist Martin Ron is an urban surrealist who puts the hyper in hyper-realism. Here he shows his talent on the streets of Buenos Aires with this arresting bionic human and hand hybrid. Interpretations welcome. 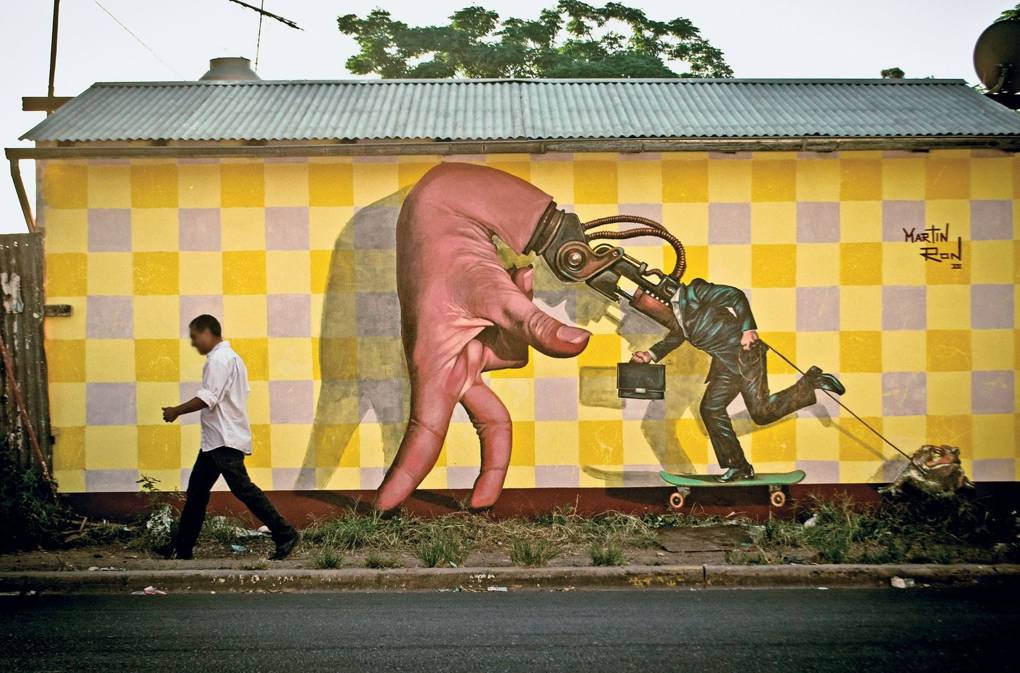 Inspired by anti-drink driving adverts, Portugal’s Mr. Dheo uses a canvas of a car scrapheap to make his statement. They don’t drink and drive message has never been so effective. 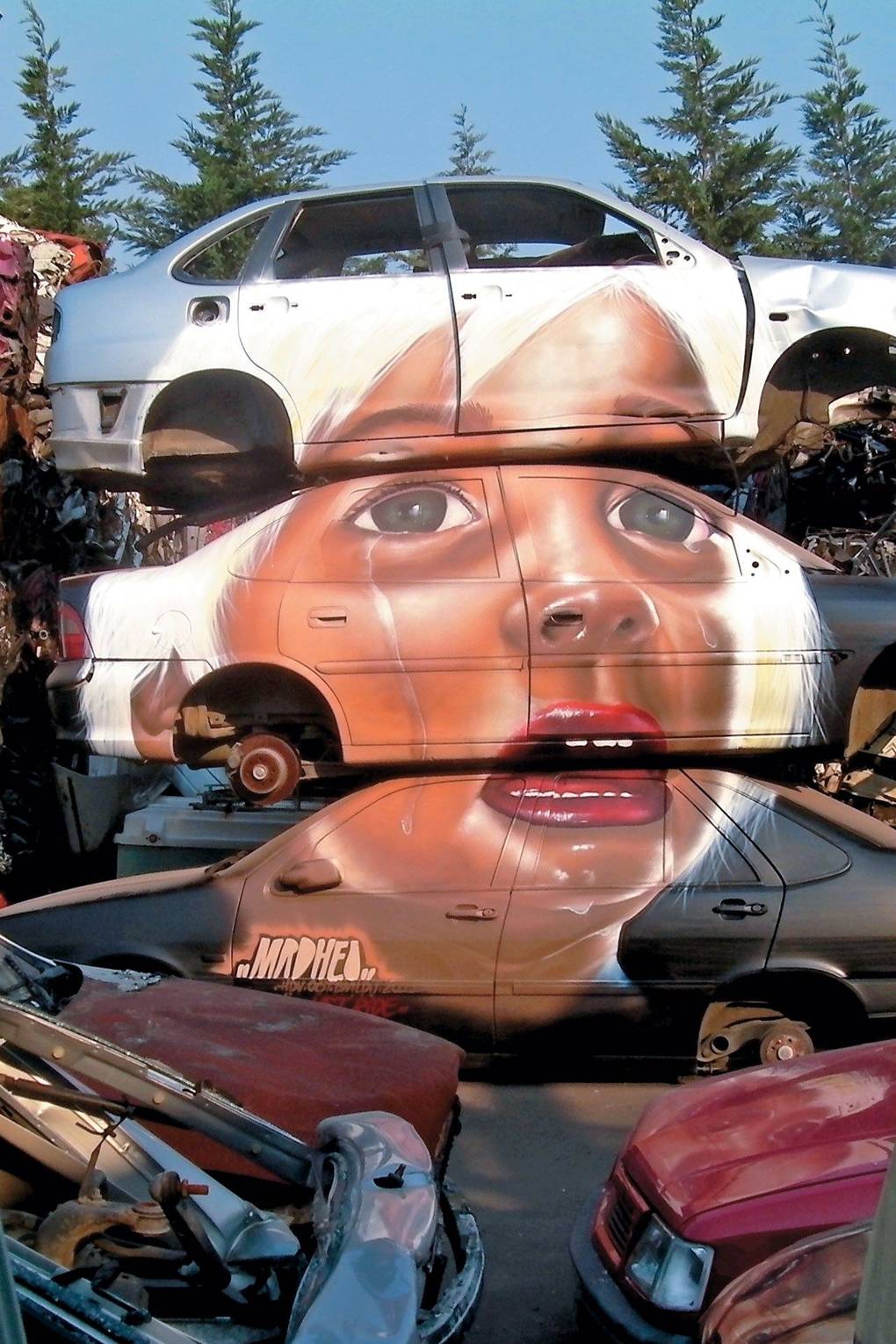 This piece is a collaboration by France’s MTO &amp; Iemza. Inspired by the surrealist movement of the same name it references Huxley’s Doors of Perception and Baudelaire’s Artificial Paradises to create one of the most mind-bending art installations we’ve ever seen. MTO is a giant in the street art scene who keeps his identity strictly anonymous. A true maverick, he never just paints a wall, he gives a space meaning. Here he opens Huxley’s doors to the creative use of abandoned space. 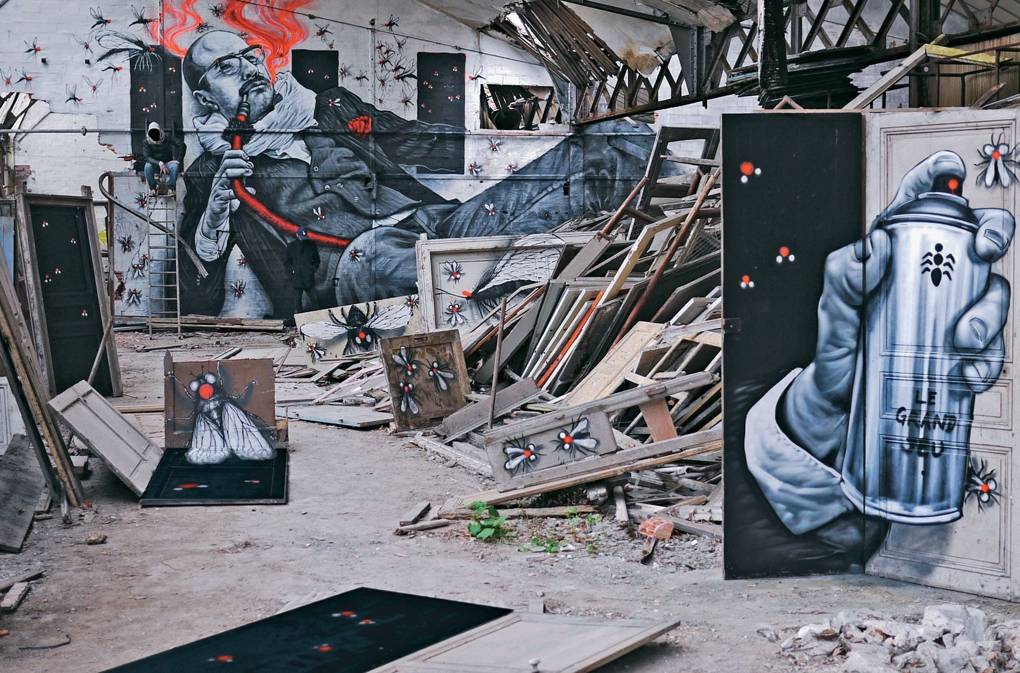 Sheffield based Phlegm is one of the UK’s most established street artists, celebrated for his surreal monochromatic illustrations. His murals suggest an underlying darkness with his hunched characters peering through telescopes and mechanical monsters conveying a much more ominous tone than would first appear. If the Brother’s Grimm and Escher were street artists, Phlegm’s work is what you might get. In a sign of growing public acceptance of street art, the Royal Opera House commissioned him to create a series of works for their Festival of Myth in September. 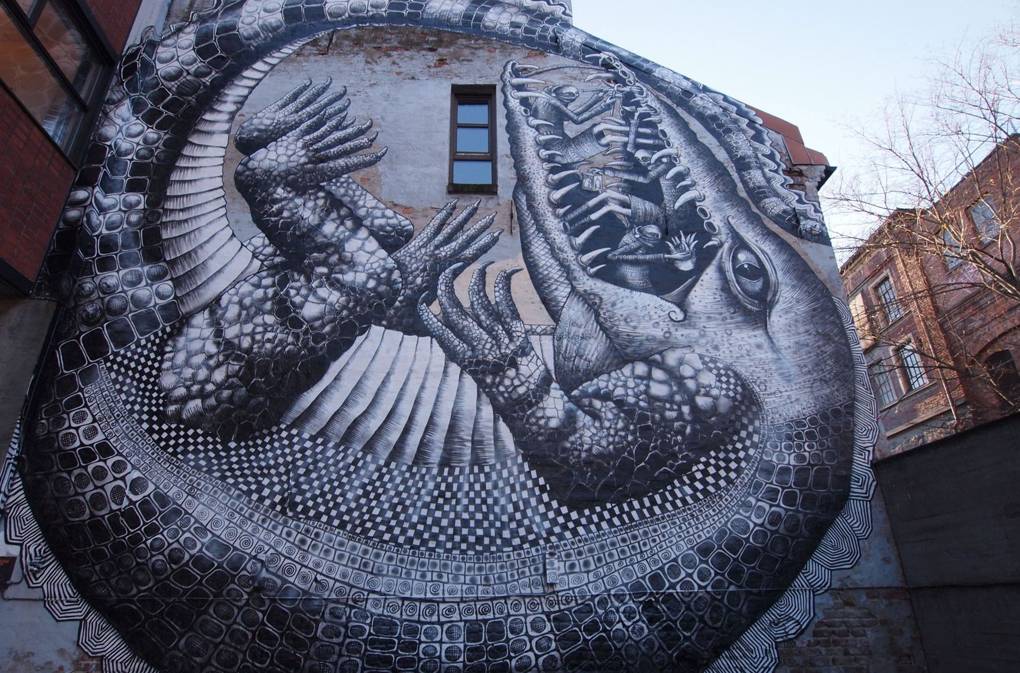