Fabio Petani was born in summer 1987 in Pinerolo, Italy. After having obtained the scientific high school degree, he receives an M.A. in Cultural Heritage (Faculty of Humanities) from the University of Turin, with an M.A. thesis on Urban Art and the street culture from the origins to this day. This kind of investigation brings him closer to the art scene of Turin. Soon he becomes part, of the cultural association Il Cerchio E Le Gocce (particularly active within the art scene not only of Turin since 2001).

His works are characterized by a disarranged harmony of lines, shapes and volumes, whichcomplement each other through the use of faint and harmonious colors, blended into breaking elements. His research analyzes the chemical and molecular aspects of objects giving rise to a lengthy operation of reconstruction of the elements in the periodic table. An increasingly detailed production that brings out an ever-changing organic complexity. Each chemical element, just like each plant, is somehow connected to the environment, the space or the context in which the wall is made. The importance of the connection between work and context is evoked also by his works on wood, paper and other alternative materials. It is through the employment of such materials that Fabio Petani tries to get carried away by the matter, aiming at ending the periodic table with a cluster of artworks able to tell a story about the alchemy between art, chemistry and nature.

“The ability to create while maintaining the Being’s two parts, the visible and the invisible, reality and fantasy and all those primogenital dualisms, leads to a continuous personal evolution. When I hear the word alchemy I automatically think about a wonder. A strange thing that is fascinating and underestimated at the same time, probably because it is not comprehended. I believe that by giving up prejudices and others’ way of thinking one can see beyond, in order to get truly in touch with the world and look at the system from the outside.”

The project is part of the UpNorth Festival based in Bodø in Northern Norway. The building on which Fabio Petan’s mural is located is an old boat factory in Rognan and now is one of the most important concert hall in Norway, named Slipen Scene.

The work is principally painted in black and white with some light blue and turquoise shades on the leaves. The plant in the circle is named Sorbus Aucuparia (Rogn is the name of the plant in Norwegian) and Pinene is a chemical compost used to mix the colors and the resins for the boat, and it is from the pine plants. 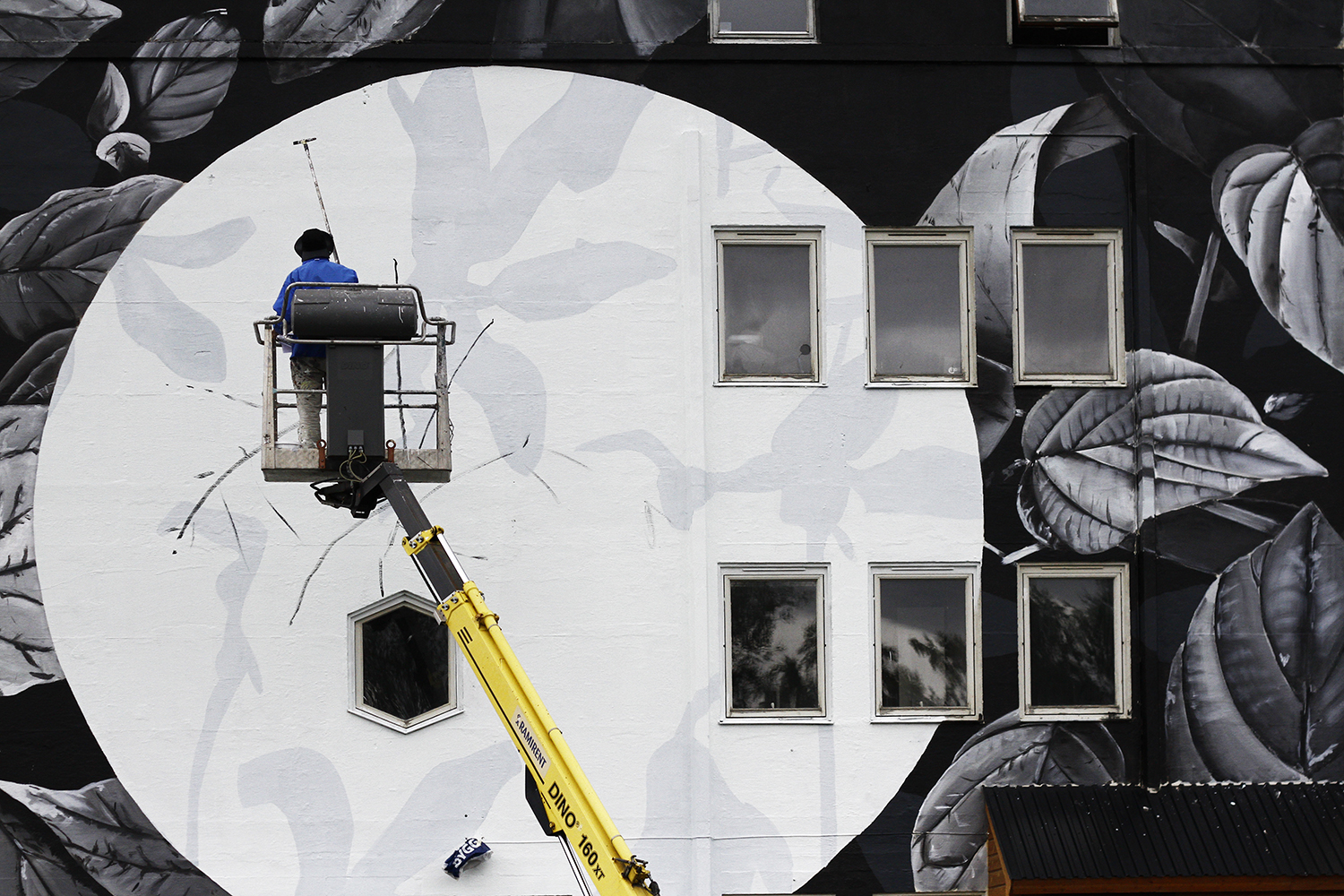 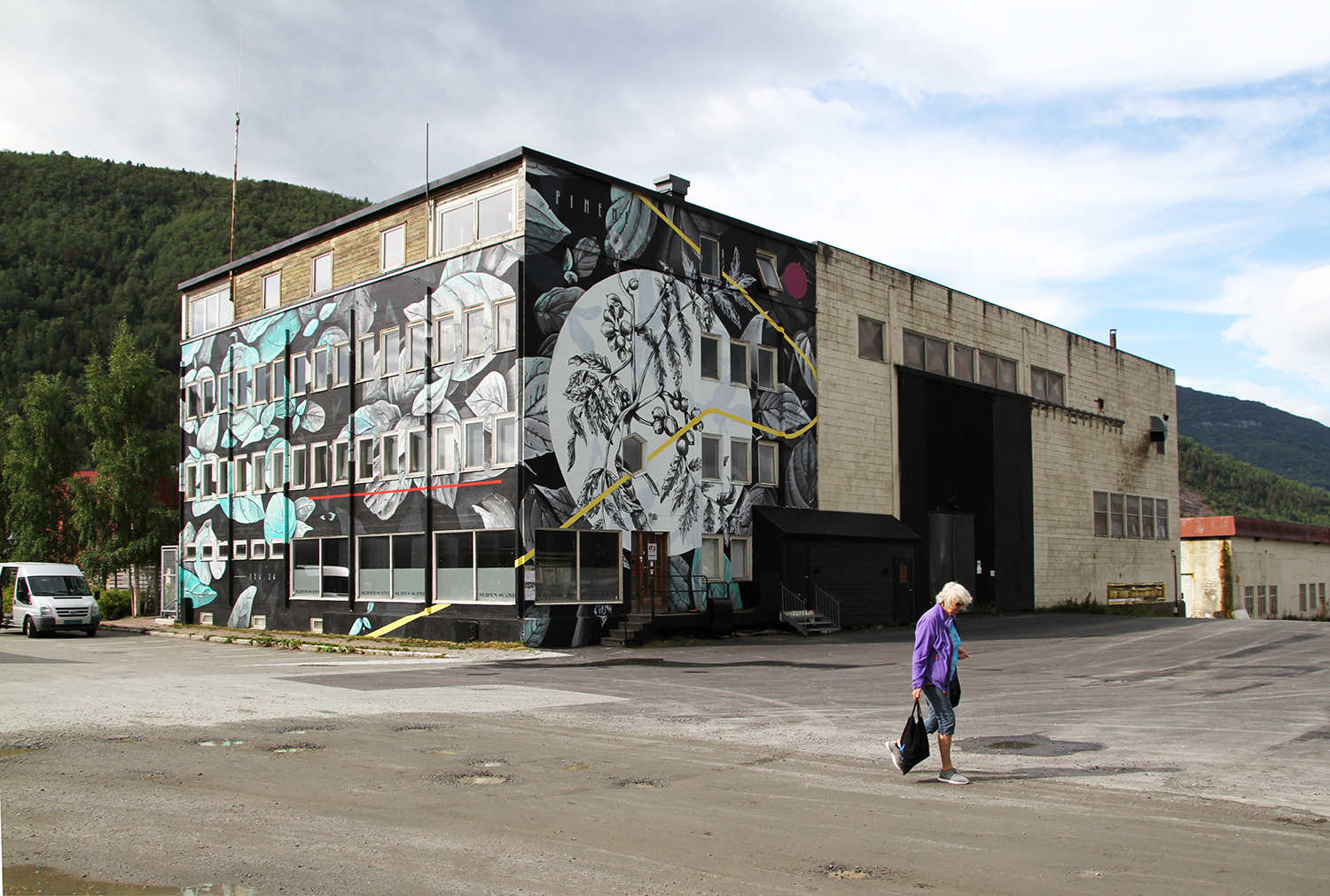 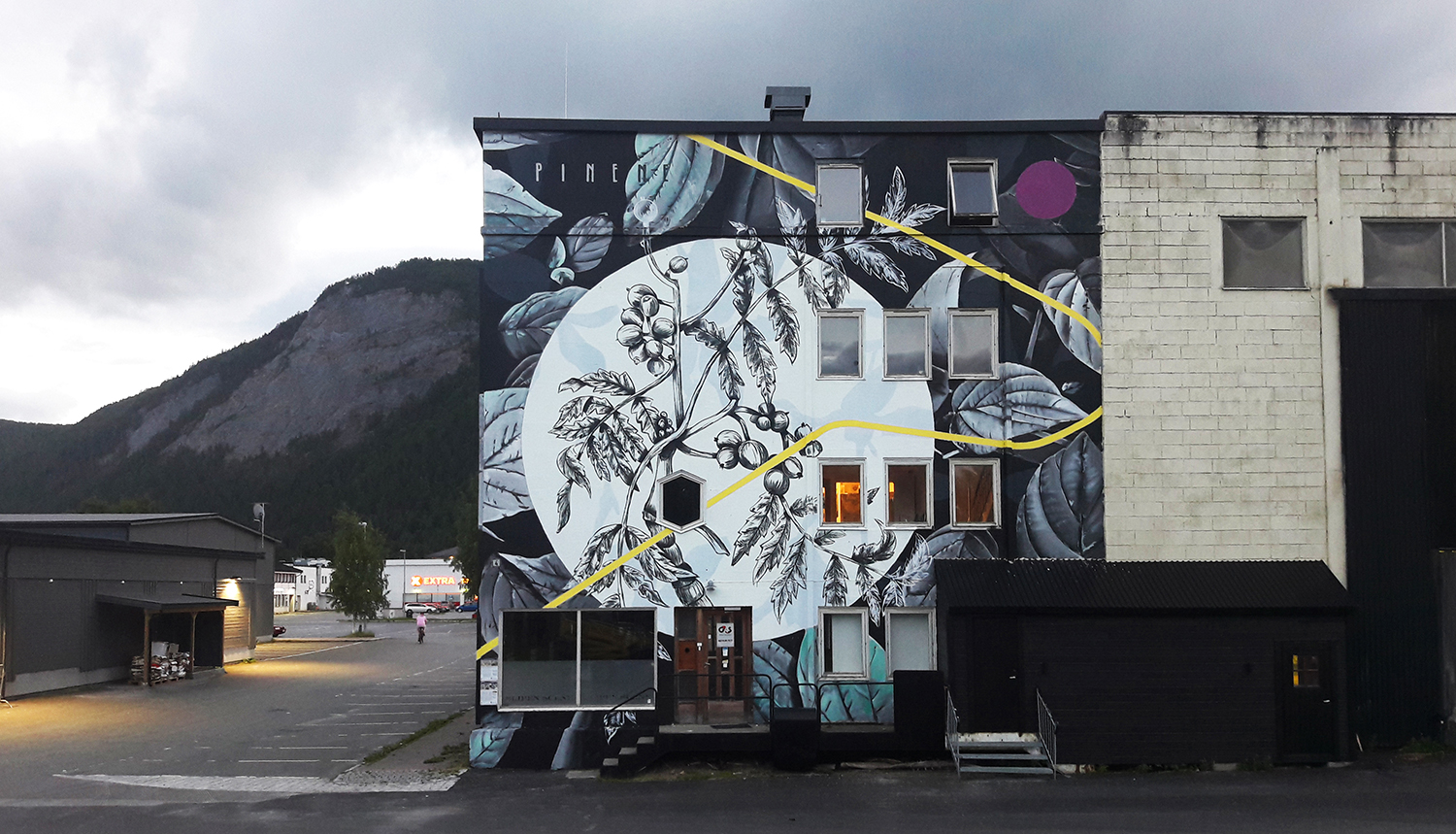