RHODES is a contemporary art gallery located in London’s Soho representing artists & exhibiting their artwork alongside unique projects for exclusive editions all through our curated gallery exhibition programme.

Continuously interested in the social phenomena and the ways they reflect on the lives of individuals, the new works in Sepe’s solo exhibition “Dying Surfer Meets His Maker” were strongly influenced by the major shifts in the past year. Experiencing the impact of some of the important social movements both personally and through his friends globally, Polish artist found his inspiration in this new kind of energy formed around these events. The notions of strange, mysterious, edgy, or even revolutionary times, turned into a direct drive for the artist to take a significant shift in his practice and aesthetics.

Without a specific topic to work around, but armed with a strong will, or need if you wish, to express his feelings, Sepe spent the last 7 months constructing the newest body of work. Relieved of a certain narrative to work around, he was able to take a more intuitive, impulsive approach which resulted in much more dynamic, unpredictable, or even brutal visual language. Beside spraypaint and acrylics, he started experimenting with tar, oils and a special solvent that creates peculiar stains of colors. This technical change led to using panels over canvases, as his technique became more intense and aggressive, simultaneously giving the new pieces more rigid, stronger feel. Through such reinvented process, he wasn’t portraying certain subjects anymore but was instead experimenting with the process and the journey. Eventually, the journey itself revealed itself as the topic of the entire body of work.

The raw and energetic images are Sepe’s visions of the journeys that people around him experienced – their fights, struggles, their attempts to hide from problems or simply give up. Focusing on the individual experiences or life stories, naturally, lead to portrait formats which are equally more focused while more expressive. This balance of representational elements and abstract expressionism is what creates the explicit tension, which is further elaborated in larger works by placing these personal stories within a bigger context. Starting off with a reference photograph, the process distorts the representational part, putting the focus on the overall quality of the finished picture rather than its depiction value. Working within a limited color palette in which bright blue and red are dominating, the artist is clearly putting out the idea of conflict as the key element for the scenes or subjects he is depicting. Whether an intimate, mental one, or social and physical, it is an element that is imbued through this body of work. In addition to that, this idea is further elaborated in animal portraiture works, which are carrying a sense of symbolism or a metaphor by offering multiple connotations depending on the individual background of the observer. 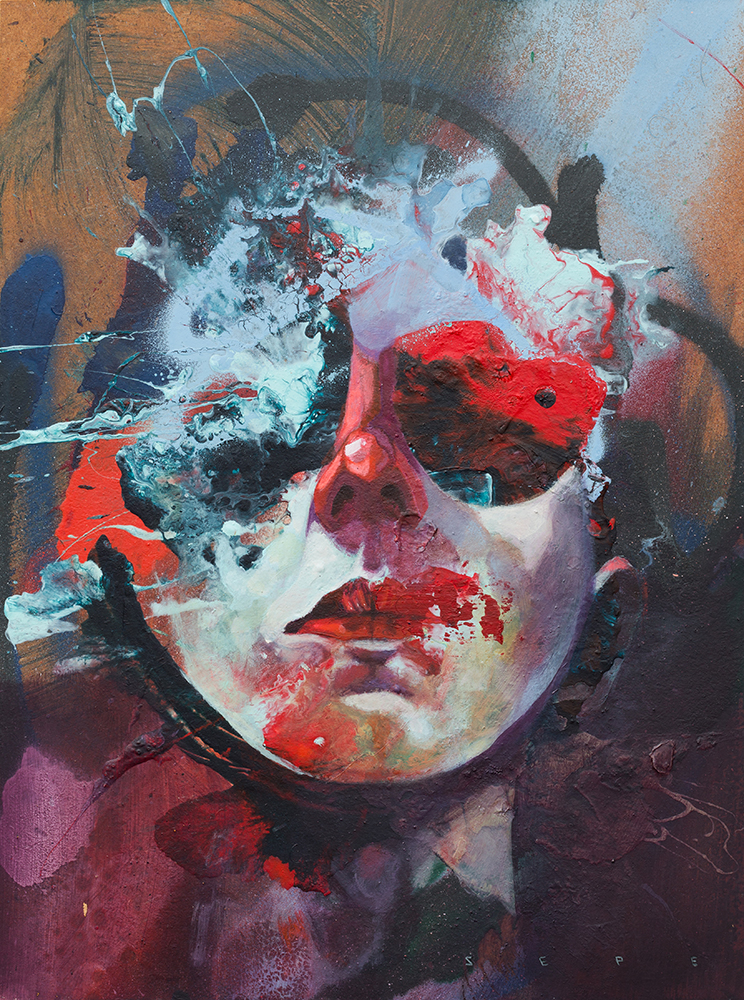 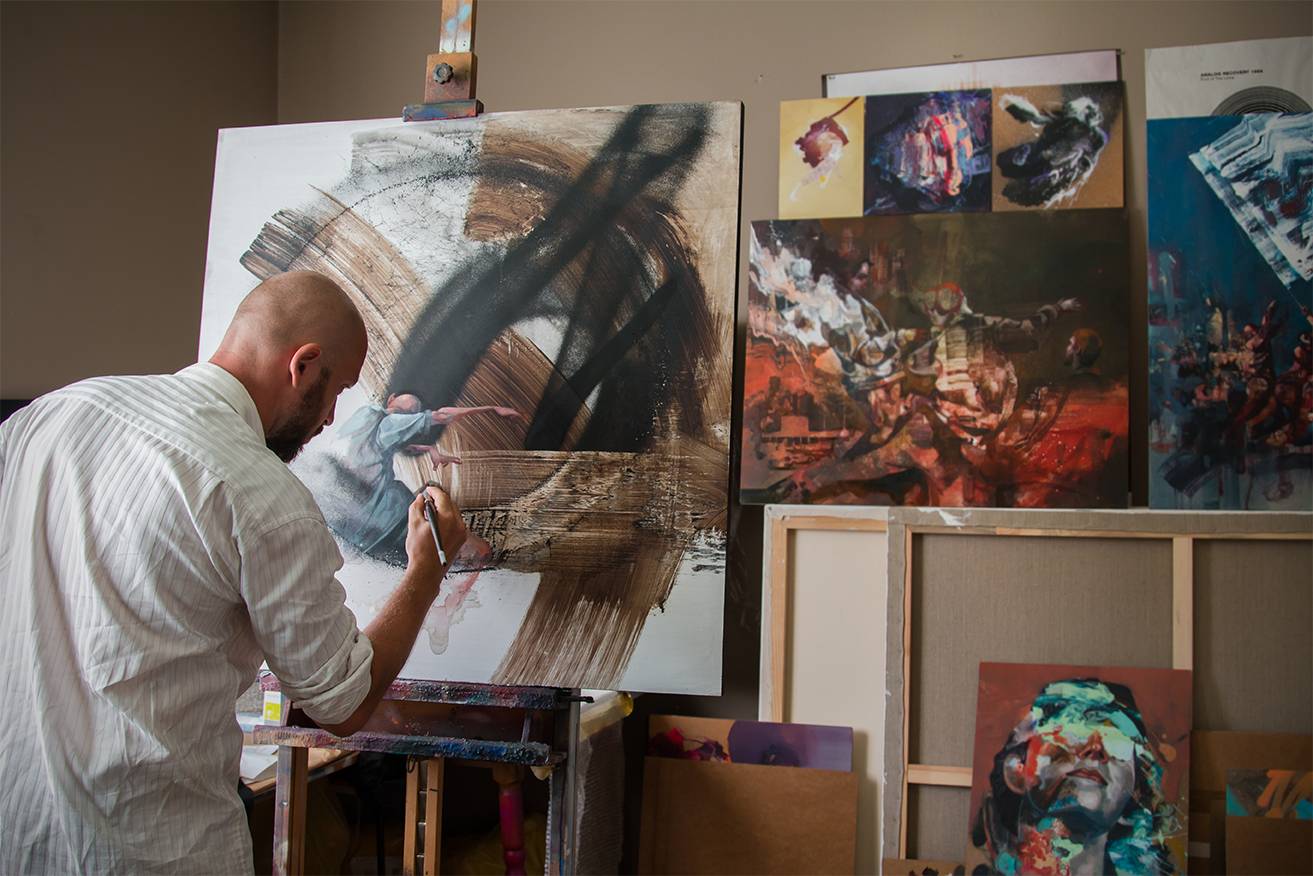 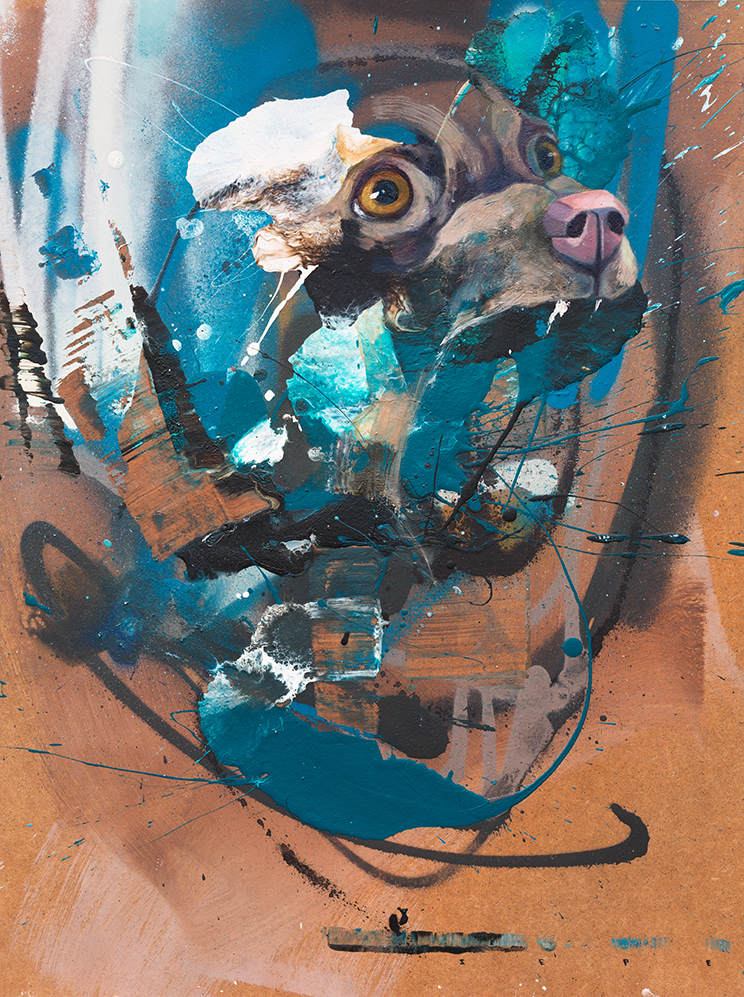 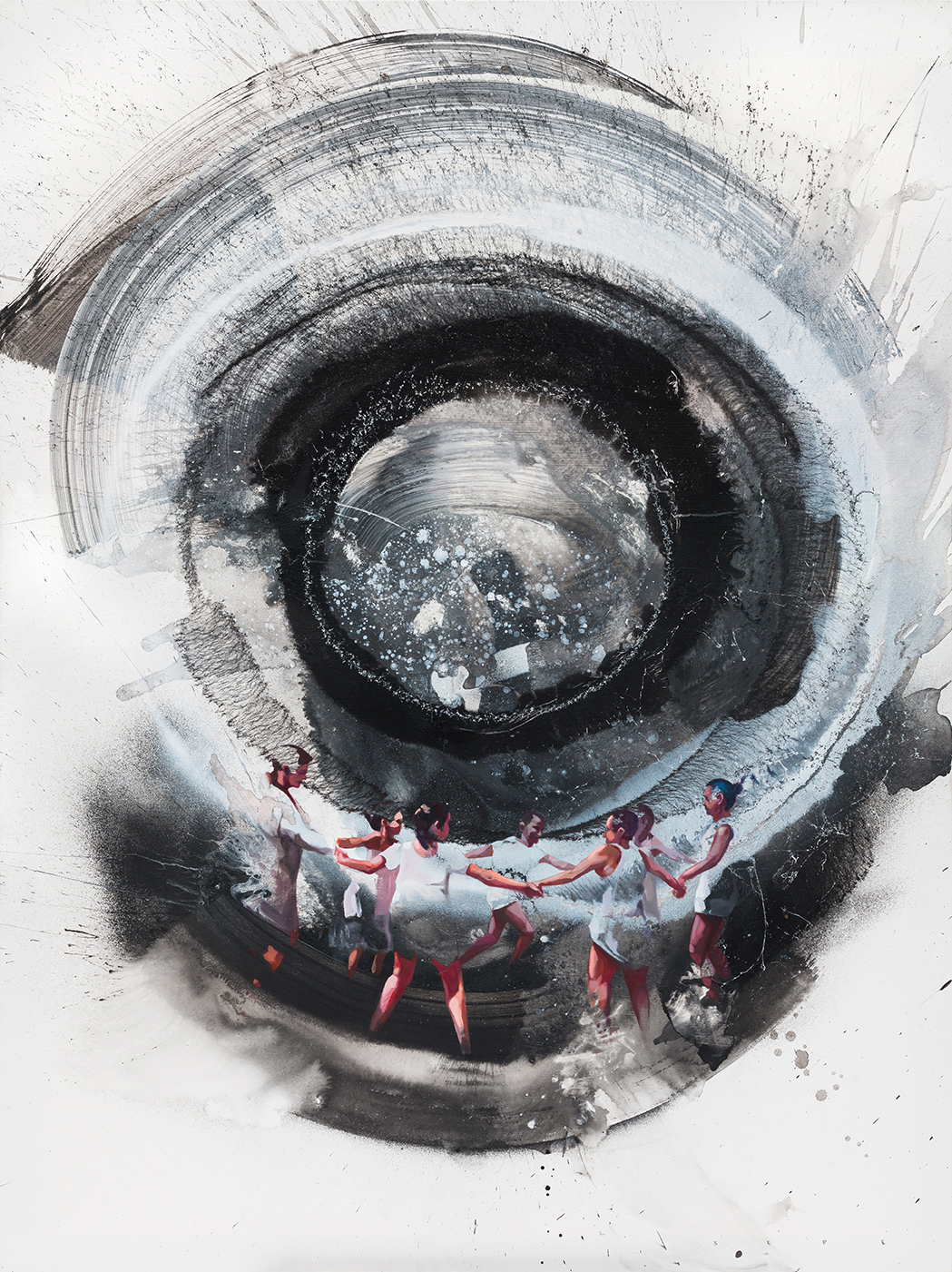 Sepe’s new exhibition Dying Surger Meets His Maker is now open to the public & will run until November 2nd.