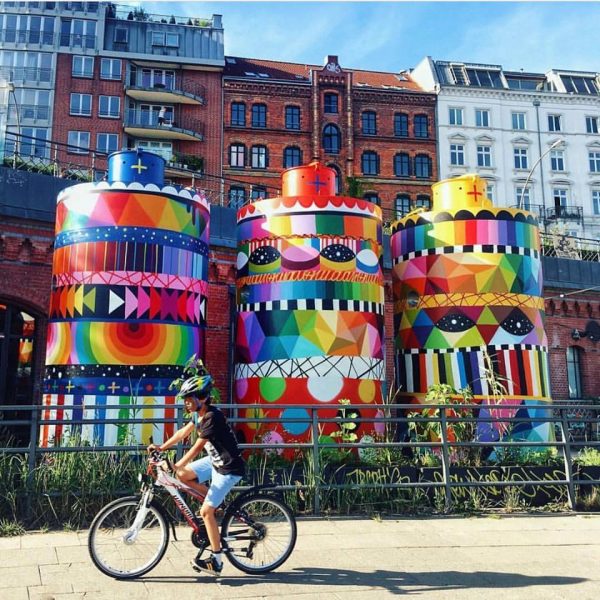 If you take a walk through the streets of Hamburg it could happen that you pass by three beer tanks – “smiling at you” in vibrant colors.

The Spanish street artist San Miguel Okunda recently finished another stunning mural, which will leave you breathless – combining all of his skills and motives in one work of art. 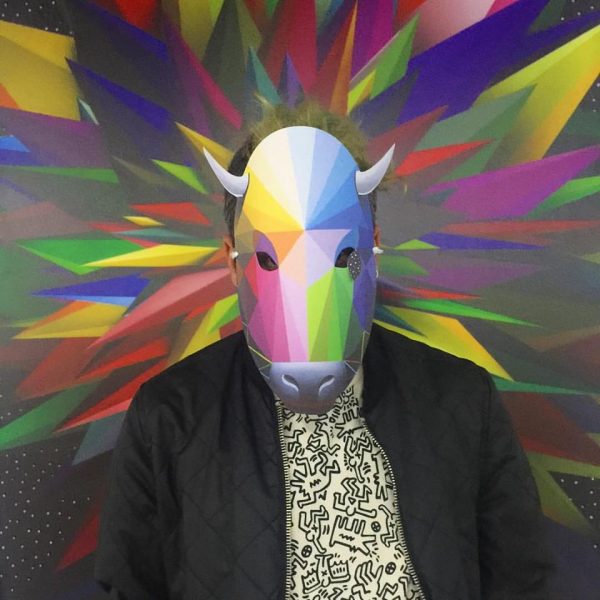 Born 1980 in Santander; currently living in Madrid, Okunda graduated in Fine Arts from the Universidad Compultense de Madrid and startet working in the streets of his home town in 1997. Shorty after that, he also started producing more intimate work in his studio – evolving a more personal path since 2009.

His works include geometric structures and multicoloured prints –  united with gray bodies and organic forms, which could be classified as Pop Surrealism with a clear essence of the street. They often deal with contradictions about: existentialism, the universe, the infinite, the meaning of life, the false freedom of capitalism, the conflict between modernity and our roots – shortly: the conflict between the human being and himself. 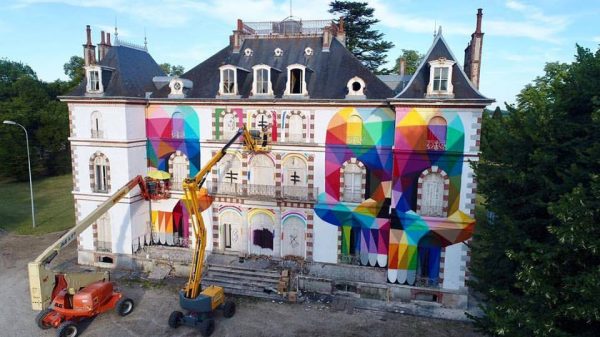 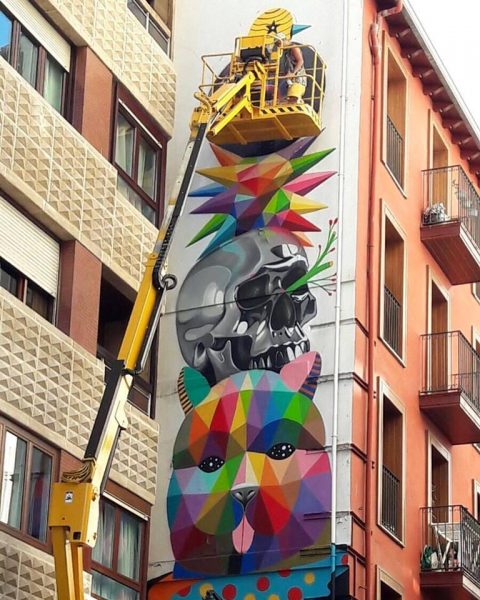 His multicolour geometric architectures are merged with organic forms, bodies without identity, animals without head, a multitude of opposing symbols that incite reflections – thus he works with a unique and very special iconographic language. 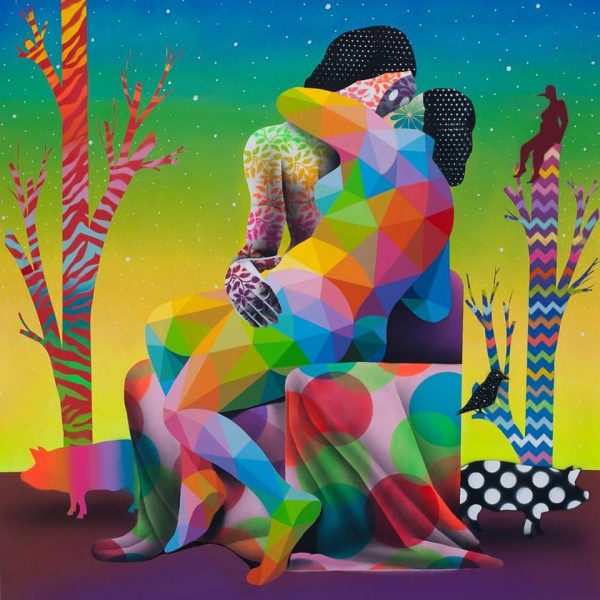 His works can be seen in streets and galleries around the world, f. ex. in India, USA, Japan, Brazil, South Africa and the whole European continent.