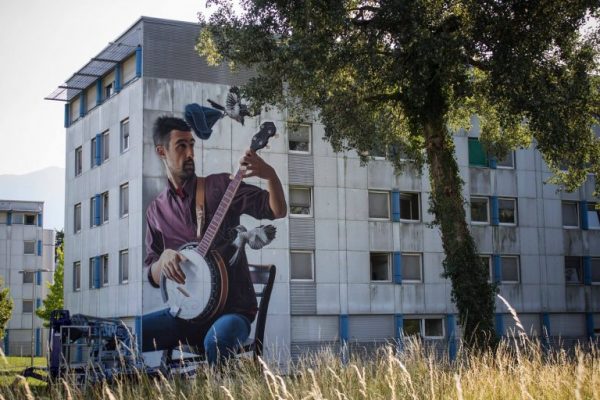 The Croatian artist Lonac just finished his latest mural in Grenoble, France. This work of art is a hyper-realistic painting of his friend playing an instrument, the benjo, while getting mocked by so called “mockingbirds”. 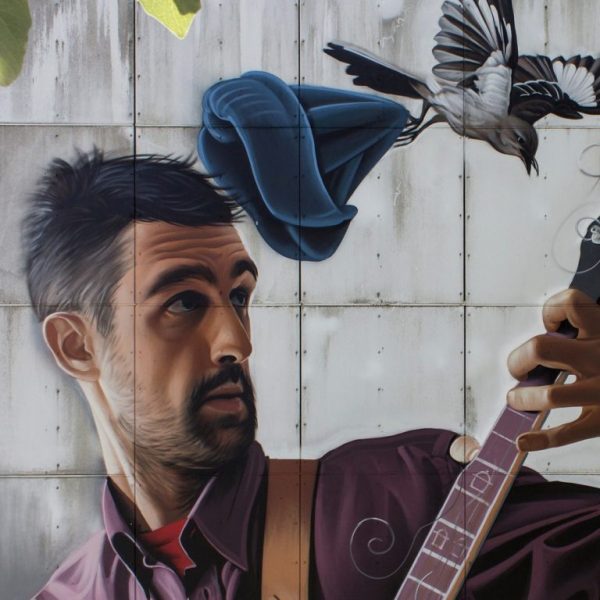 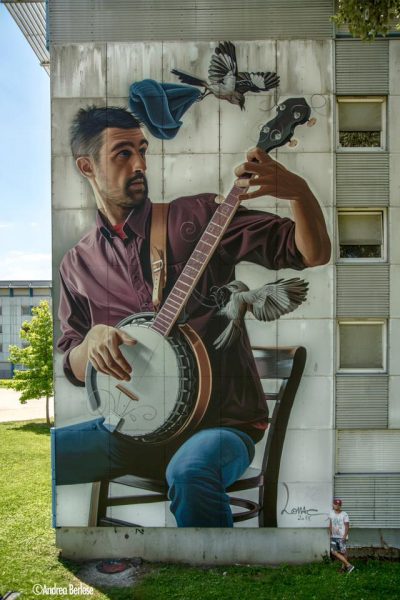 The mural is placed directly on the grey facade – using all the space in a good composition. It is a nicely spray painted oversized guy in a great contrast to the raw concrete. Lonacs technique is magnificent –  archiving a humorous, almost surrealistic feeling. His hyper realistic style is influenced by classical art – taking it almost to perfection. 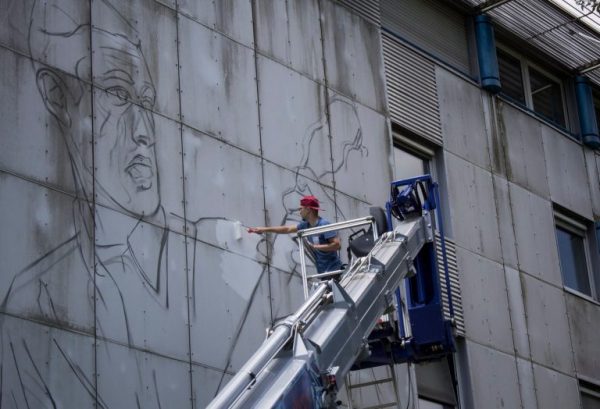 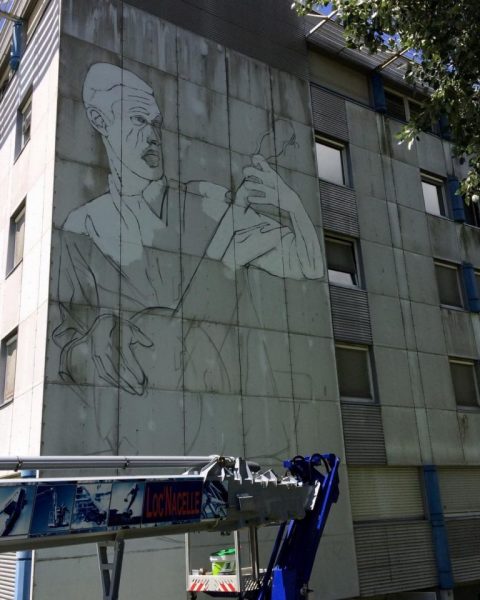 His murals look like photos – combined with a poetic sense. He gets his ideas from his personal memories, passions and observations – influenced by skateboarding, cartoon, music and movies.