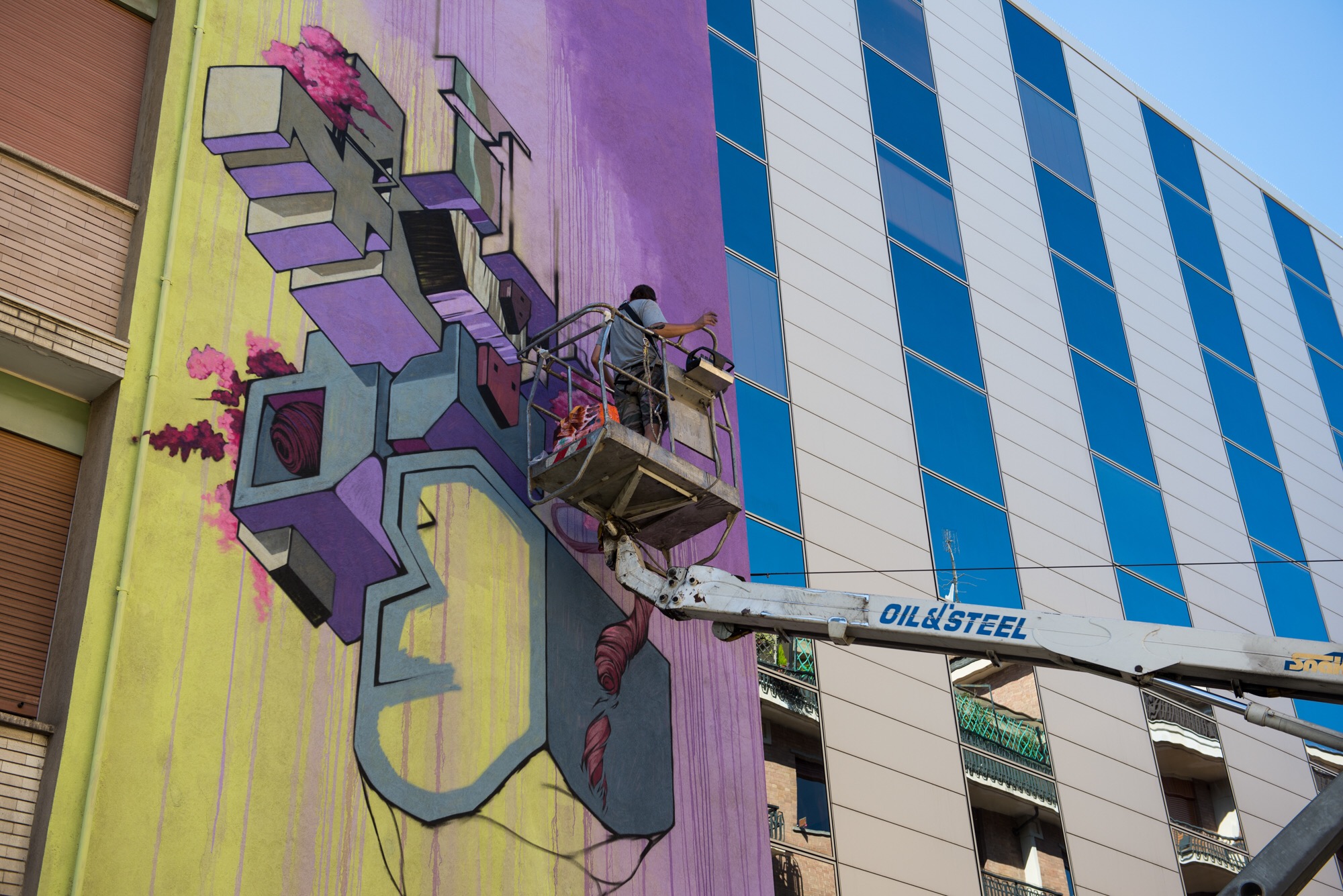 During the Easter weekend ETNIK made a new mural in Turin, Italy which is called “Duel”. It is a collaboration with the Square23 Gallery. The work is on a giant wall, separated in the middle by windows of the house. Both sides really seem to be an i duel. It is supposed to represent the contrast between urban landscape and nature. This project took Etnik five days and he only finished it this tuesday. Etnik used his typical imagery also in this work. What do you think about it? Does it really show the contrast between urban landscape and nature or do you see something else? I’d love to hear your opinions. 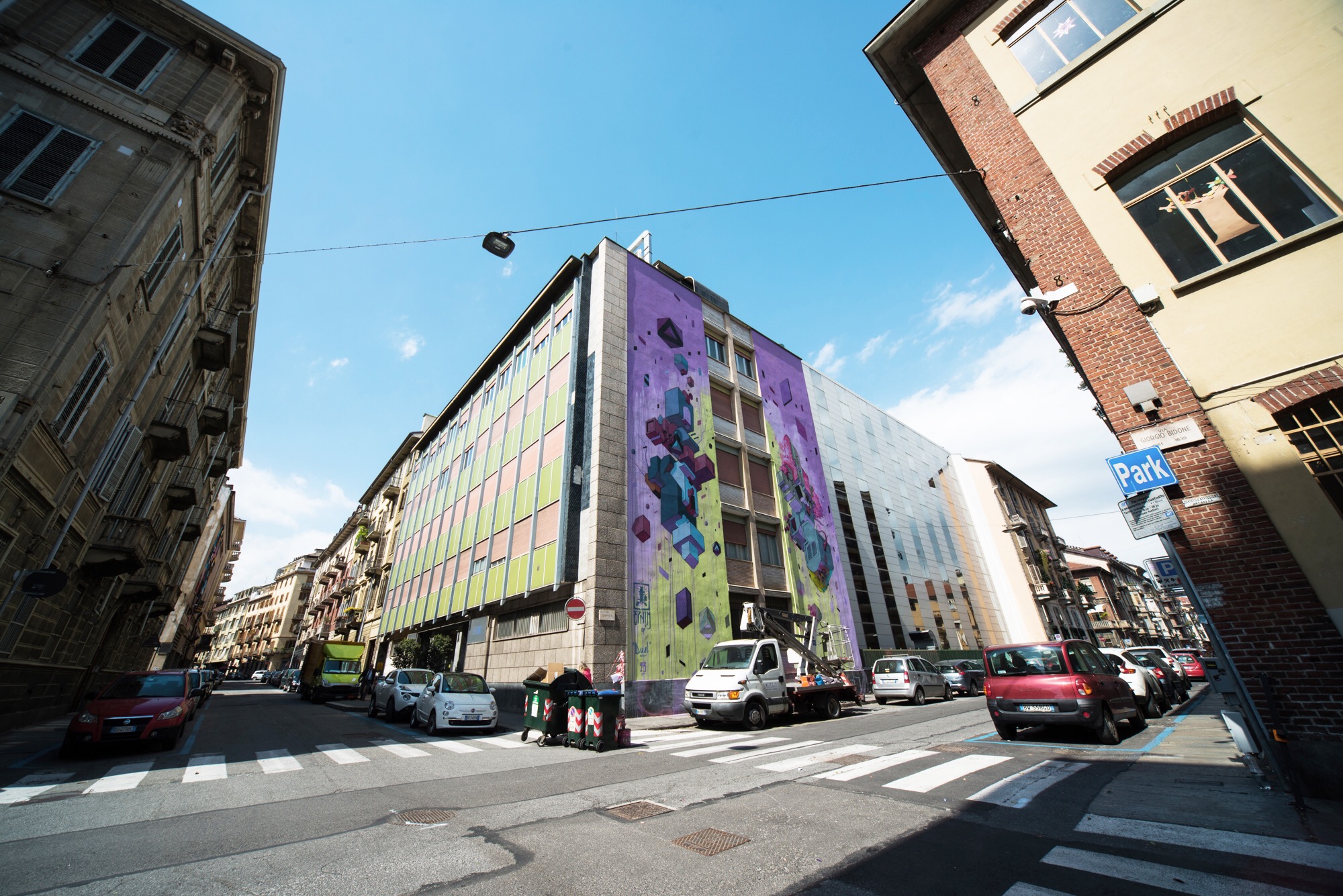 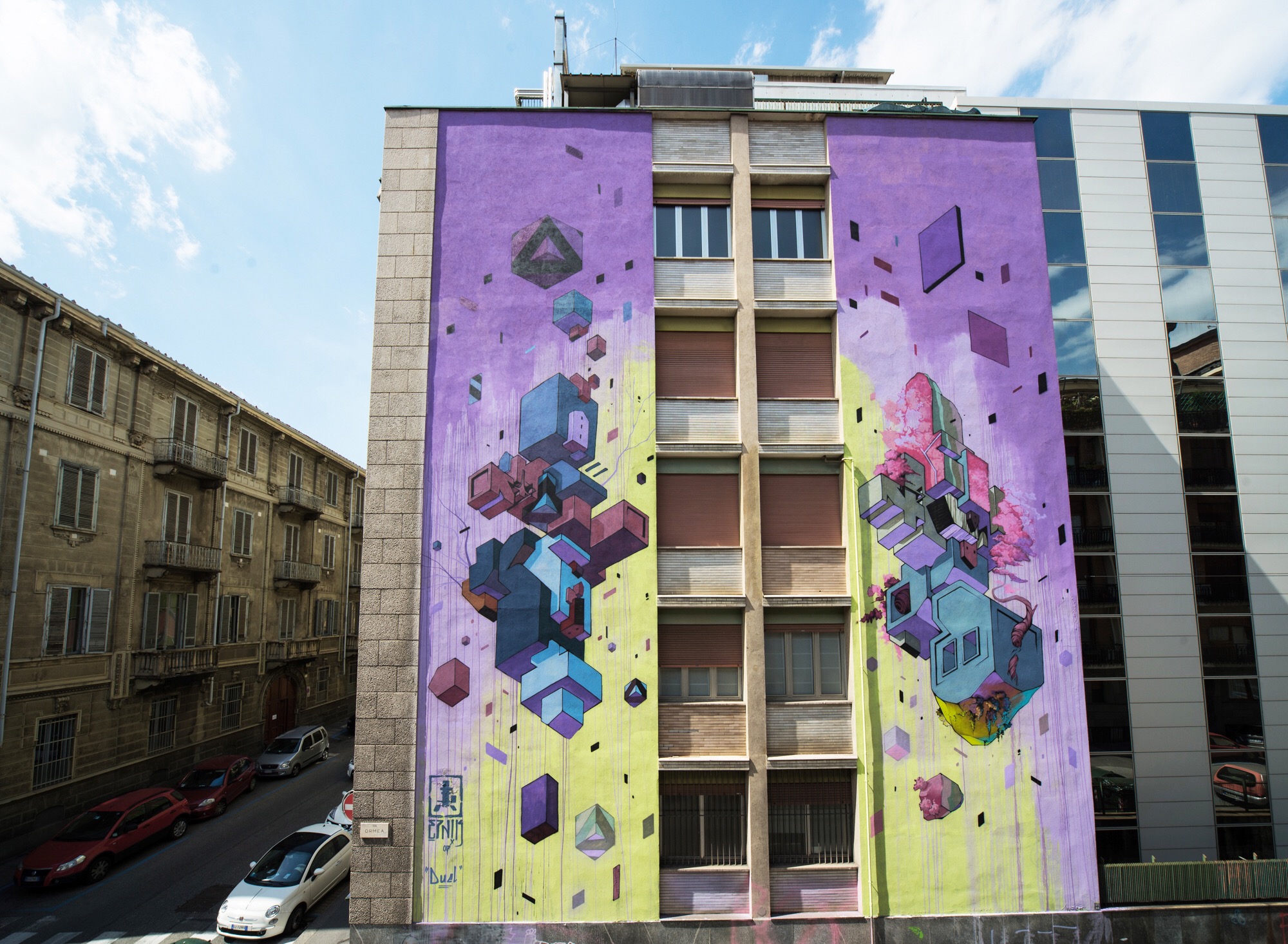