French filmmaker Jérôme Thomas made a documentary about street art, especially about artists who create huge murals all around the globe. It tells the story of international muralism as a growing worldwide phenomenon, the so called “neo-muralist movement”. 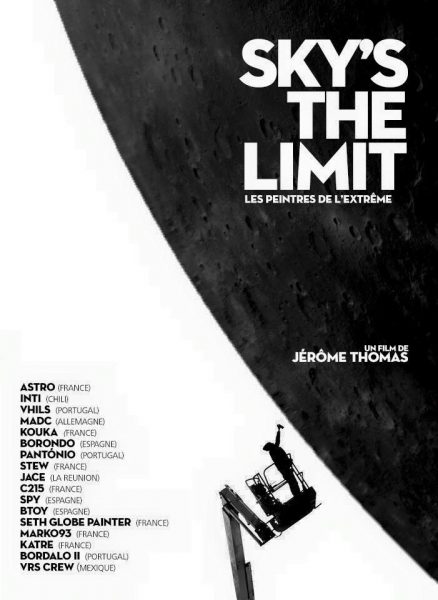 In his film, Jérôme Thomas, who has been part of the Parisian graffiti scene himself, worked together with different artists, accompanied them to their projects and got to know about their motivations. He also talked to the residents who live in the houses that are painted.

He filmed this documentary for several years and although it has been completed some time ago, he did not find a distributor. Only now, thanks to a successful Kickstarter campaign it is about to be released. There is no official date for it yet, but the film can be seen at the SPRAY! Streetart and Graffiti Filmfestival on 8th of April in Paris. There will also be a book published featuring all the murals that have been created during filming!

-SKY'S THE LIMIT, the extrem painters-