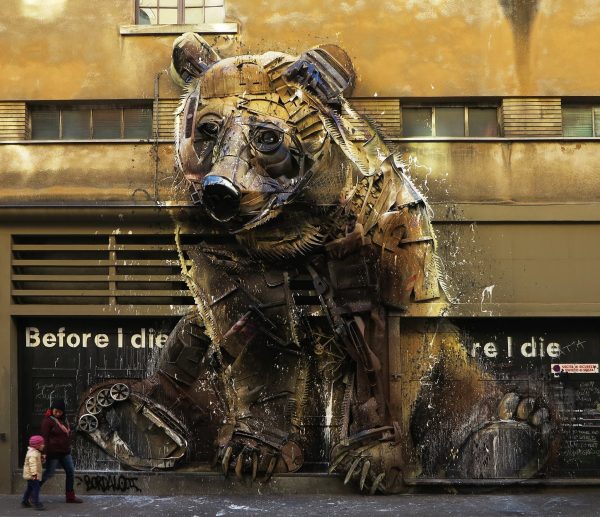 The bear has been produced in the context of Bordalo’s solo exhibition at Square23 Gallery and is part of the artists series of “Big Trash Animals” that can be found all around the globe. They are all made out of rubbish, that the artist finds in the streets and recylces it for these mind-blowing installations. He wants to remind us that we should take care about our environment and don’t throw things away carelessly as it destroys the natural habitat the portraied animals have to live in!

Bordalo II has been quite busy in 2016, as you can see in the video below: