JR used the Olympic Games 2016 in Rio de Janeiro to create and install some new artworks in the city.
Therefor he worked out his technique of installing paste-ups, in order to transform them into another dimension. The results of almoust one year of preparation are massive epheremal installations of paperworks. Everyone shows the enlarged photograph of a athlete who was photographed in motion during a competition. 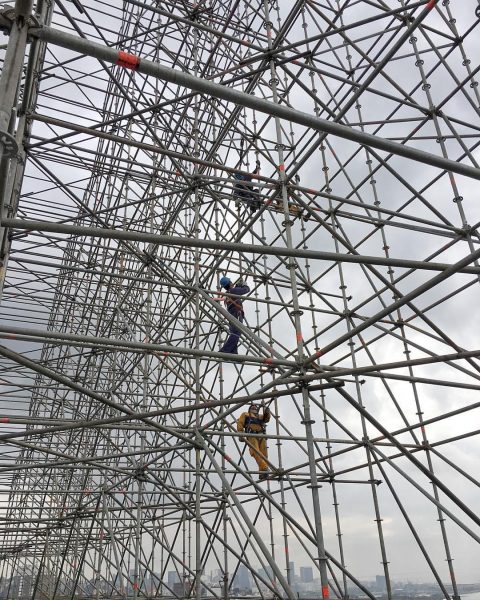 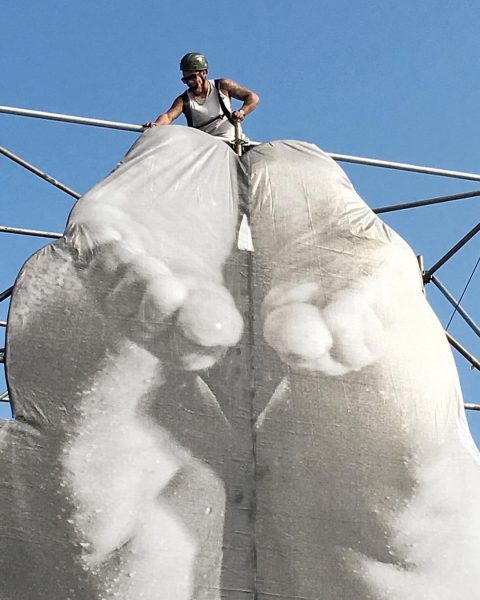 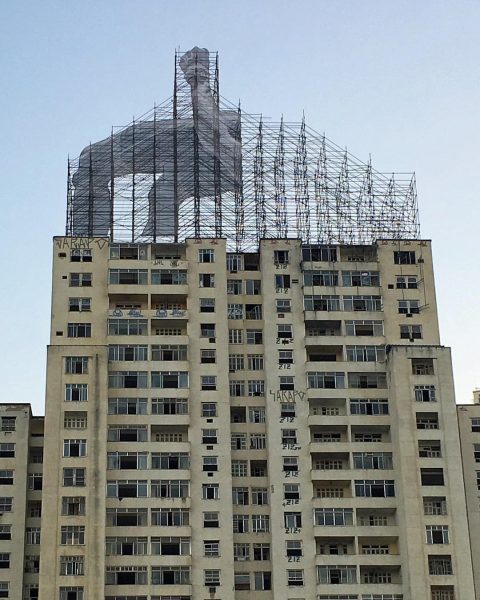 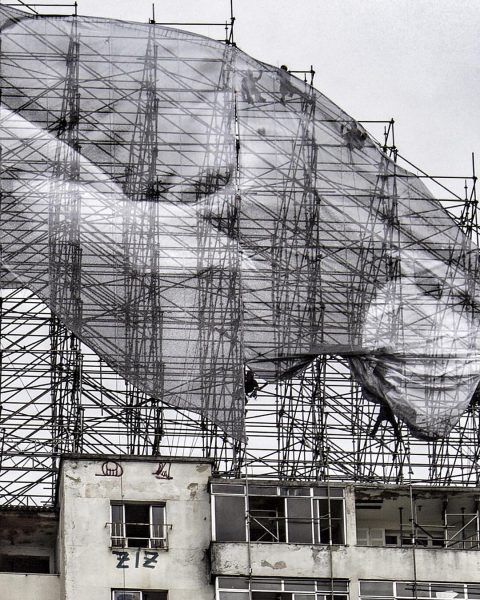 During construction work of the installations. 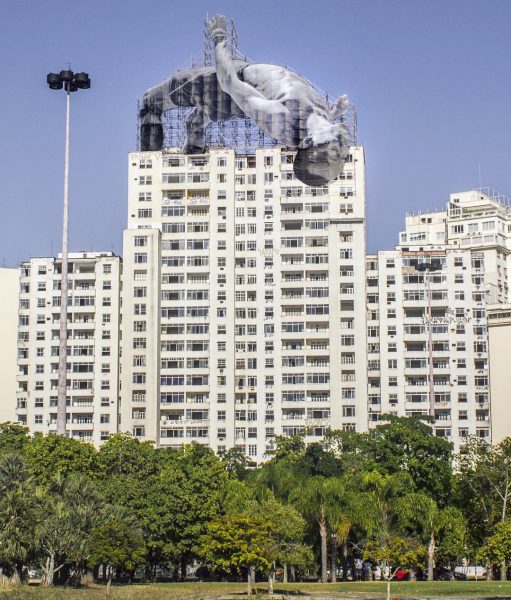 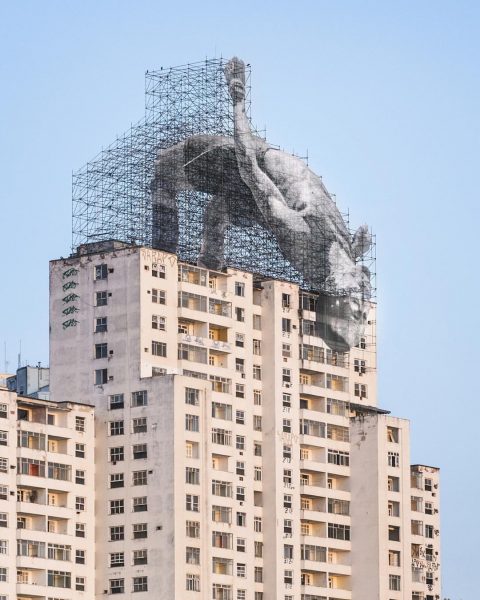 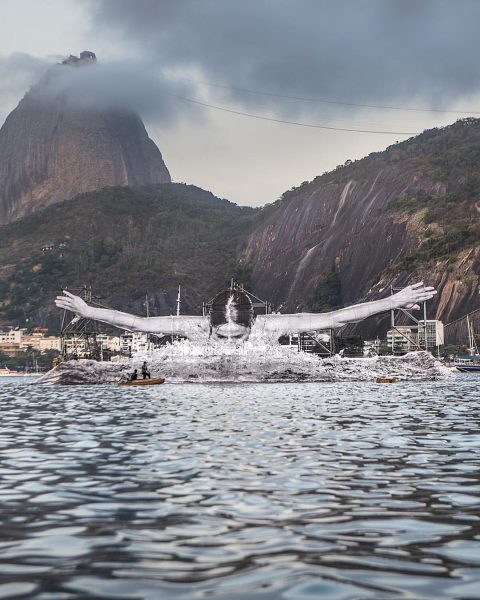 Leonie Periault, a French triathlete, as a swimming installation in the Botafogo Bay. 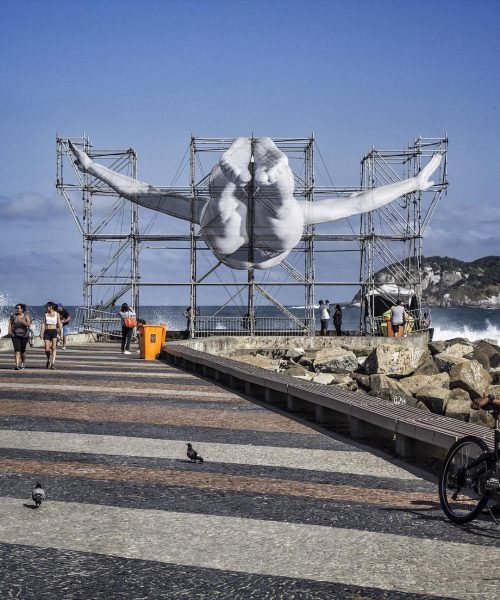