‘The Impact of Discovery’ is the latest impressive mural of the Canadian artist Li-Hill in Kiev, Ukraine.
With its imagery Li-Hill refers to the function of the building, the Kiev Polytechnical Institute, and its importance for the todays state of scientific knowlegde. The explosion within the mural picks up the Boson Higgs experiments, where two Hydrogen protons collide together at the speed of light. While the image of the running men is inspired by a milestone of photography from the late 19th century, the invention of the chronophotography by Etienne-Jules Marey. 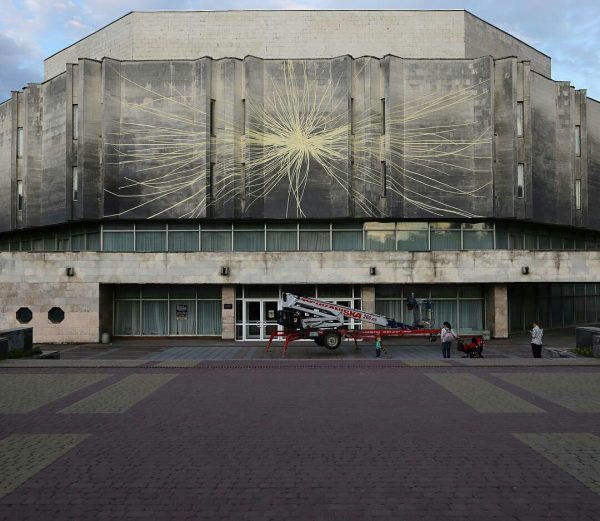 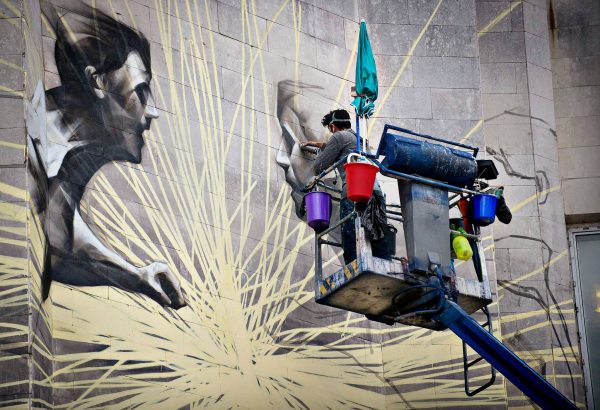 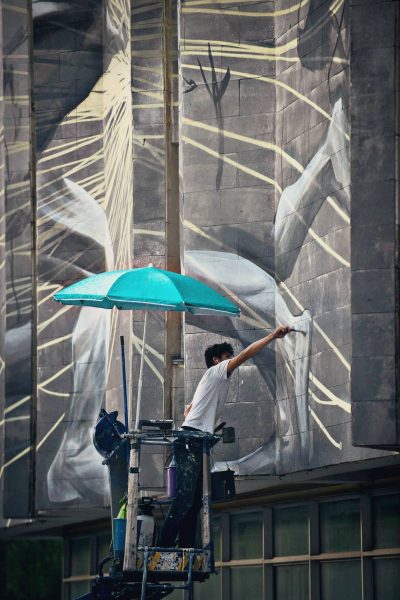 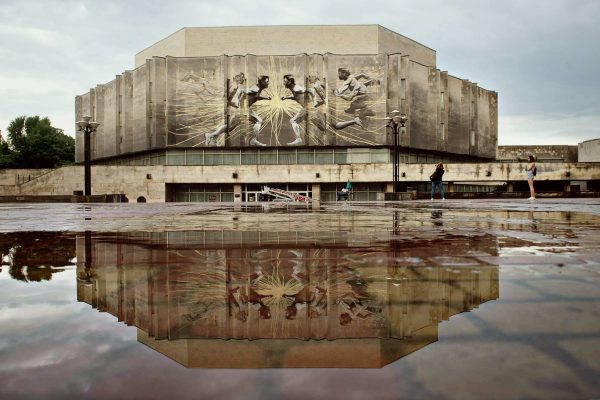 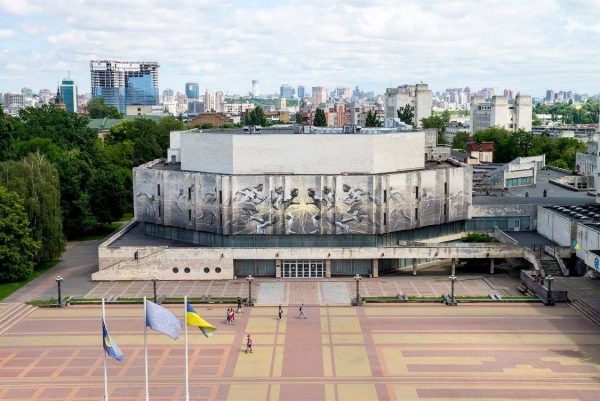