The installation Plastic Island from Luzinterruptus was part of the light festival Lumiere London 2016.
Luzinterruptus is an anonymous artistic group with the roots in Madrid, Spain. They mainly work with the contrast of light in publice spaces at night.

For the light festival they were asked to refer to one of their older works, which was installed in Portugal in september 2015 and was also called Plastic Island. Both works broach the pollution of the seas. Placed within the city it confrontates people directly with this worldwide problem. The version of London was installed in one of the foutains at Trafalgar Square. 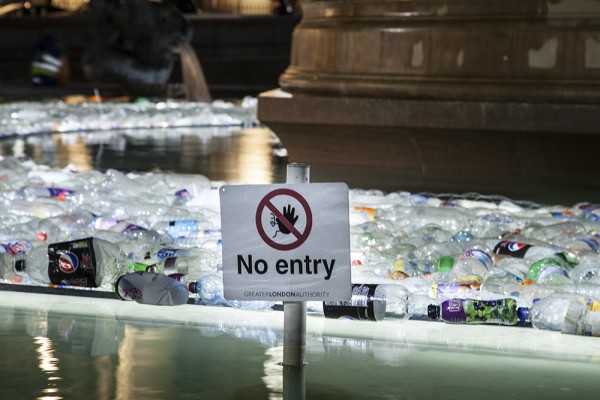 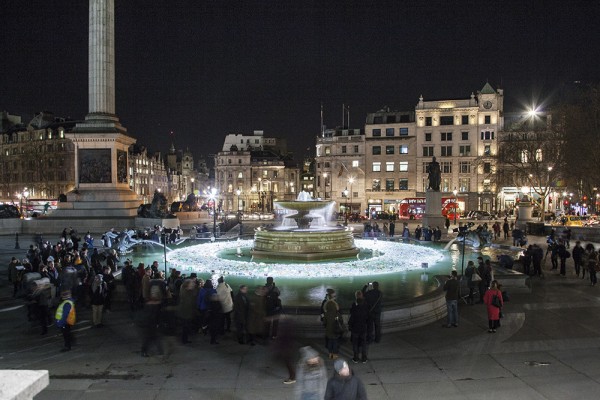 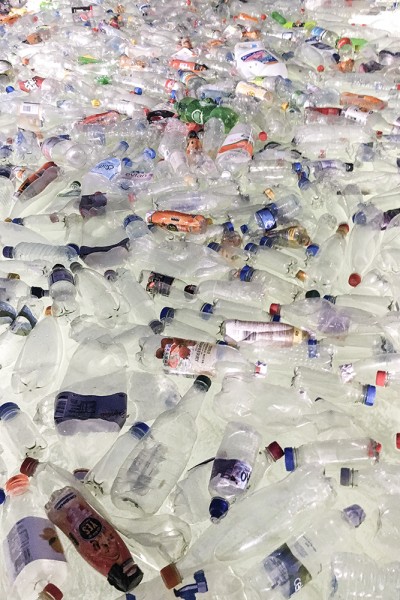 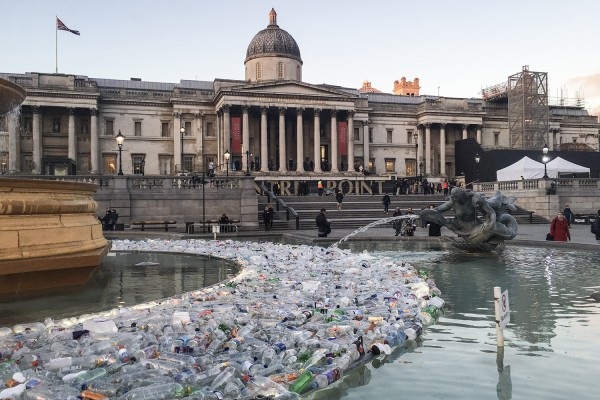