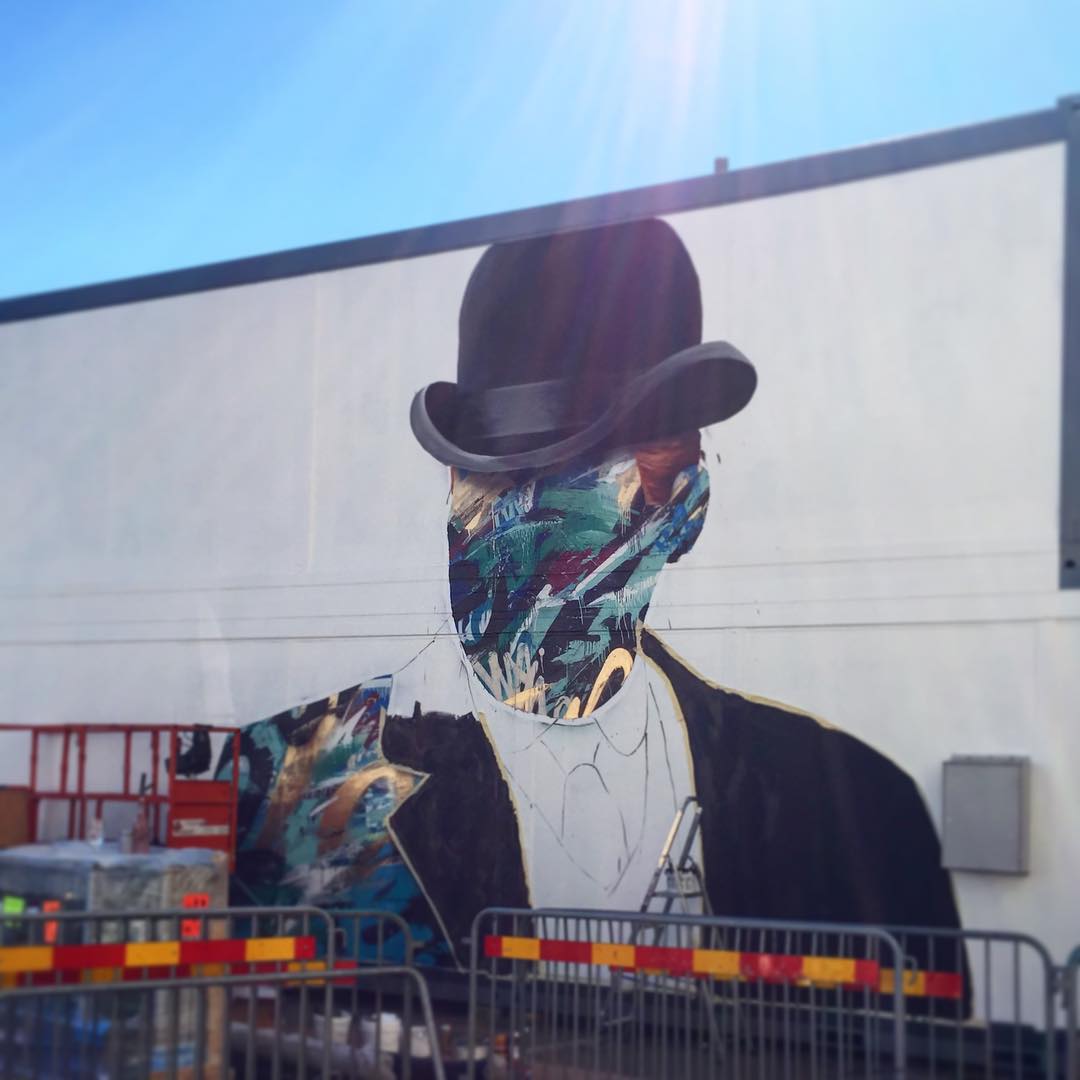 Shai Dahan is working on a new mural in Ghotenborg/ Sweden.

Shai (born 1979) is an American contemporary painter and street artist who works with painting, drawing, illustrations and installations.
In 2007, Dahan moved to New York City where he participated in street-art projects such as the NYSAT, Underbelly Project, and MOM&POPism. He also began to exhibit his art with galleries in Los Angeles, New York, Boston, and Philadelphia. In July 2012, Shai received recognition for his solo exhibition at the Borås Art Museum in Sweden. He was later featured as the opening keynote speaker at TEDx[1] Göteborg in October 2012.

Throughout his career, Dahan has used different techniques for his outdoor artwork as well as his gallery collection. This includes stencil, wheatpasting, as well as using both acrylics, oils and spraypaint. Dahan creates hybrids of the urban arts culture mixed with fine art work.

His latest artworks can be seen in the FACE OFF collective show at Pretty Portal opening on 11th of september.