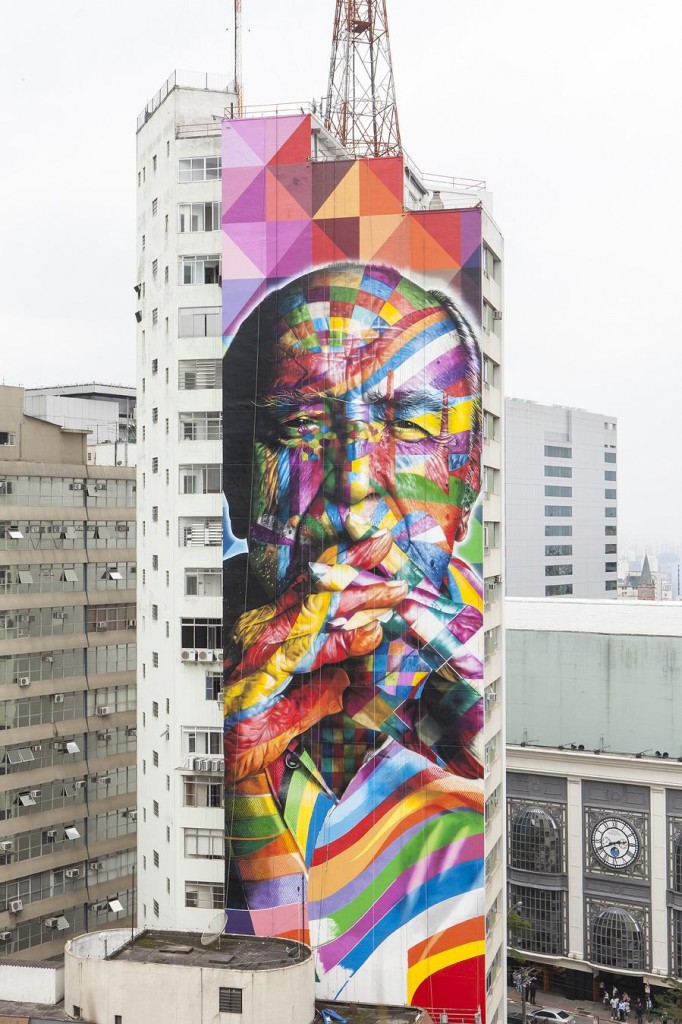 “Brazilian street artist Eduardo Kobra is currently finishing his tribute to the Brazilian
architect Oscar Niemeyer, who passed away last december at the age of 104. The
new mural is 52 meters tall, 16 meters wide and it covers the entire side of a skyscraper
on Paulista Avenue, one of Sao Paulo’s busiest streets.

The work started on January 14th and since then, Kobra and four other artists from
his team have been working on the painting around 6 hours a day to finish all the details.

The artwork was inspired by Niemeyer’s architecture and among the colorful forms the
viewer will find that some of them were based on Niemeyer’s works.