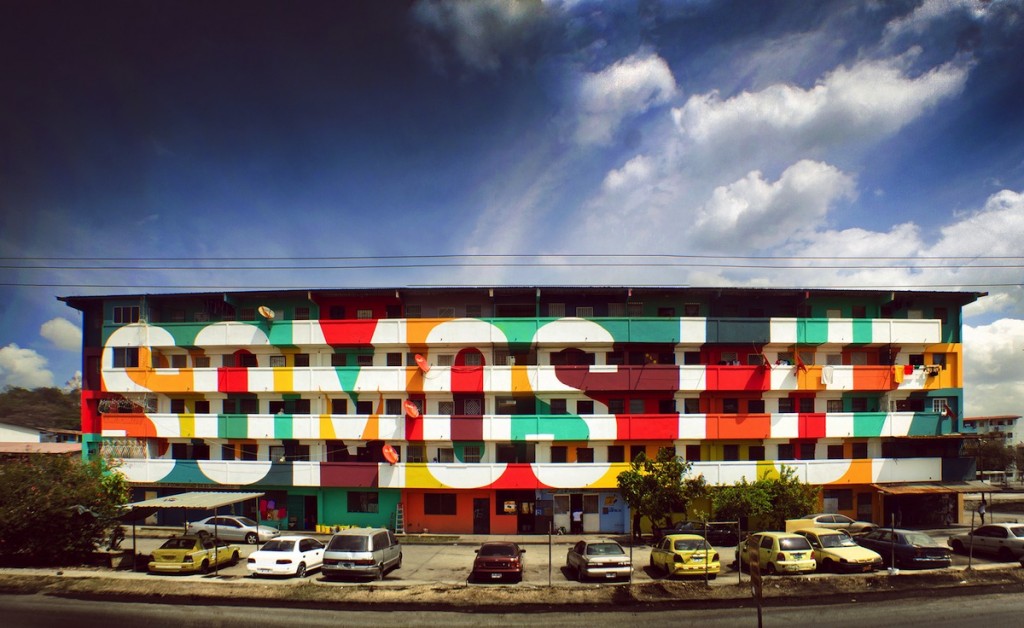 “Somos Luz” (“We are Light”) is the message painted on 50 houses at the building Begonia I in the neighborhood of El Chorrillo (Panama City). It´s been made by spanish artists collective Boa Mistura with the neighbors help.

Boa Mistura was inspired by the neighborhood identity. The starting point is the color grid spontaneously generated by every neighbor when they paint only the part of the building that they understand as his house. The new typography layer modifies this grid losing the housing unit in favor of the community concept.

The message aims to inspire daily. Not only the neighbors, but other people that walk  every day by the building, reminding them that every person is invaluable, regardless the reality where they live.
The scale of the work (more than 2.000 m2) allows it to be inhabited, changing at every moment with the interaction with it. It is not just the façade, corridors and stairways were also painted and converted into abstract color compositions that are the new environment for daily scenes like clothes hanging or people at the balcony.
The project was sponsorized by the Bienal del Sur in Panama, and is part of the CROSSROADS series, in which Boa Mistura is using participative urban art as a tool for encourage in run down communities, working with the local residents in the improvement of their own space.