This piece by streetartist Escif comments on the police brutality going on in Spain. It refers to the true story of four police officers who tortured a Romanian citizen in Barcelona who had been arrested by mistake. On top of that, the Spanish government pardoned them! It is a shame but unfortunately the brutal reality we live in. Escif’s rendition of “Swan Lake” shows clearly how authorities beat up the innocent and is a support of the protest against the government’s unethical decision. 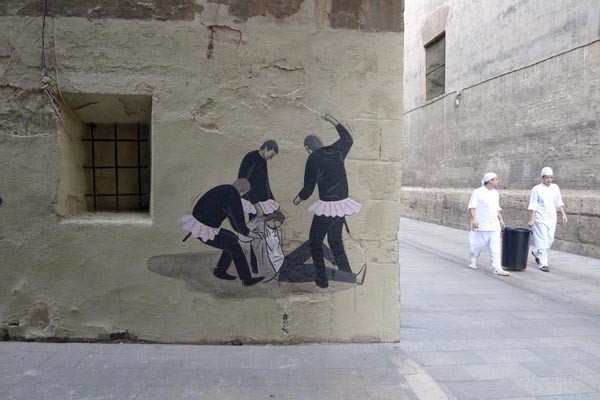 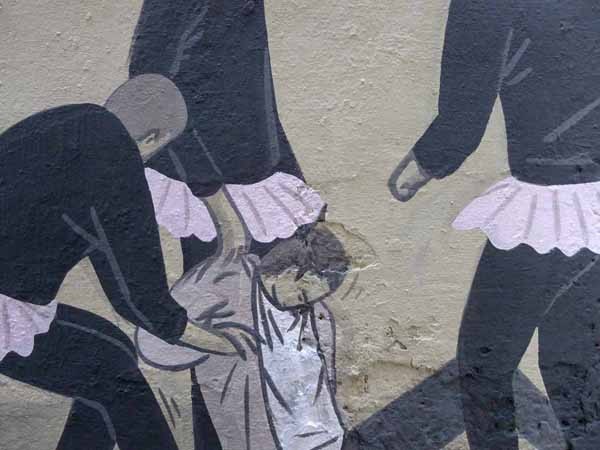 Please check out Escif’s video to this story: 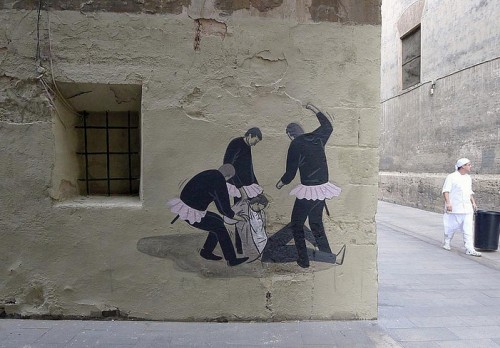