“A true American would NEVER have painted that”

Now, very interesting. I just read the article about the new Os Gemeos mural in Boston, USA, on urbanartcore.eu .

It’s about the debate going on on FOX 25’s Facebook page. As the mural was done, FOX put up a picture of the mural and asked the question of the day: “This is a new mural on a Big Dig ventilation building. What does it look like to you?”
Most of the commenters believe that this mural shows a terrorist (or maybe a terrorist child) covering his face.
After I read the comments at FOX Boston’s Facebook page myself, I find it quite shocking and interesting at once how the discussion about the mural, which was supposed to promote and bring attention to the first solo exhibition in the U.S. by Os Gemeos, mutated and shows the real mindset of many people.

The mural shows a typical character, which we see in most of Os Gemeos’ works.
But let me venture a guess: I don’t think this is a terrorist, it’s a sprayer…!

Believe me or not, but not everyone, who covers his face, wears a turban, looks like or even is a muslim, is a terrorist.

Read the article and the comments yourself on http://www.urbanartcore.eu/racists-against-os-gemeos/
and  http://www.facebook.com/fox25news

I guess Os Gemeos didn’t expect that kind of attention.. 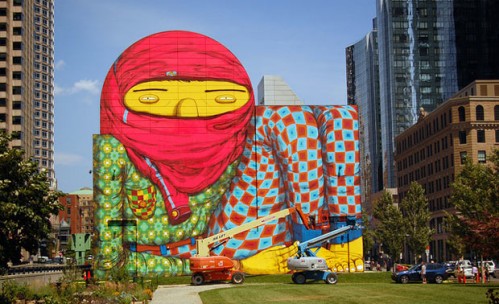 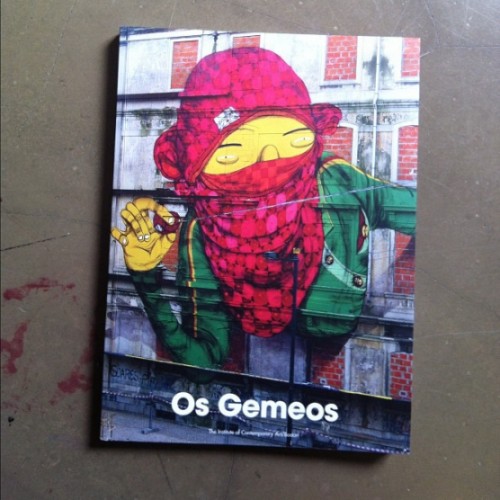 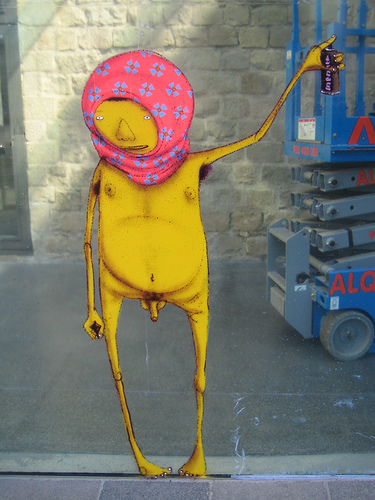 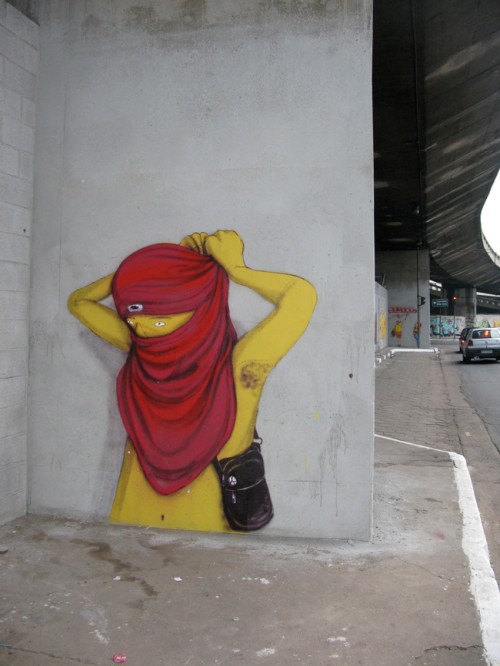 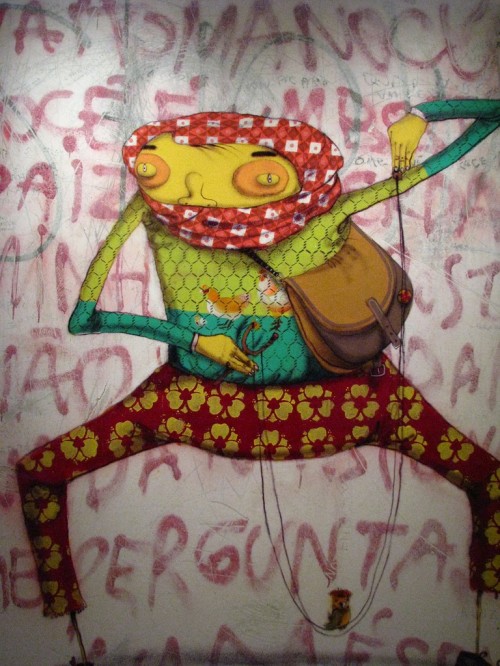 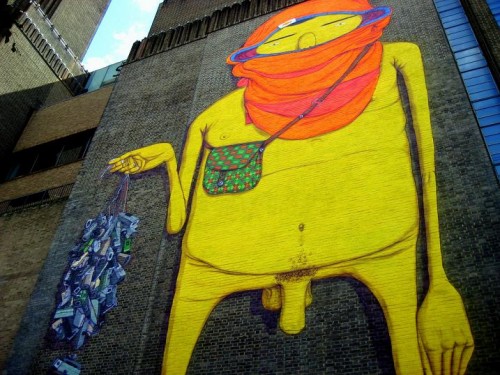 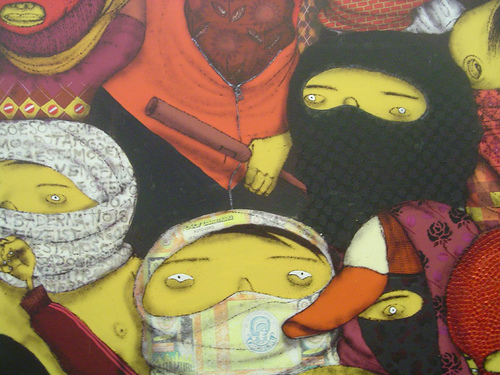