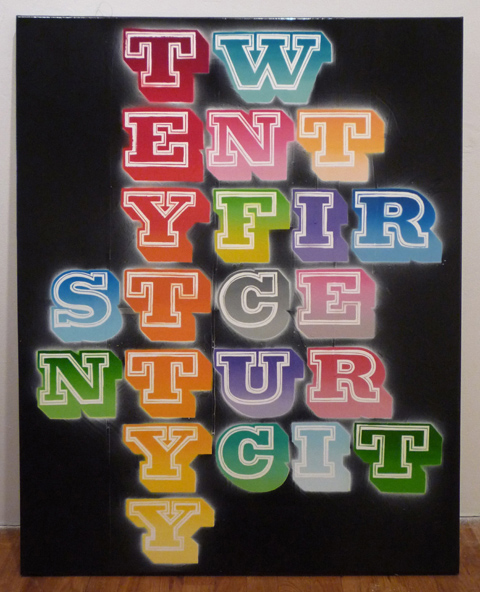 During this exhibition EINE will utilize both gallery and public space as a two-tiered platform for the artist’s visual expression. EINE’S work is a large-scale study of the shape and structure of the 26 letters found in the modern English alphabet in varied typefaces, color configurations and word arrangements. In the public spaces of San Francisco, EINE will be painting each letter of the alphabet on various walls around the city. A further ten canvases of his work using spray paint, acrylic, and glitter will be on display at White Walls gallery. 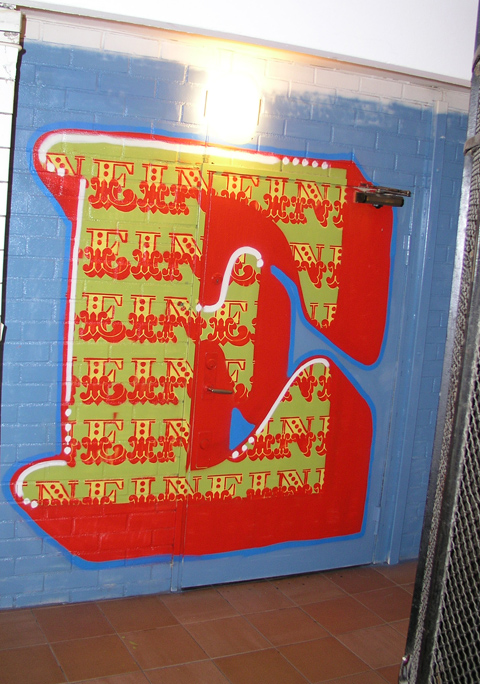 EINE is a London-based artist whose career started over 25 years ago when he tagged anything he could get his hands on. Although EINE’s work was initially illegal, he created a distinct typographical style that has made him one of London’s most ingenious andoriginal street artists. His work has been exhibited in Los Angeles, New York, Toyko and throughout Europe. His painting commissions have also taken him worldwide with trips to Israel, Australia, South Africa and India. EINE was invited to take part in Banksy’s Cans show in London.