During my Visit at Stroke artfair last year i met Base23 and was amazed by his artwork immediately.  He describes himself:  “ The RAL-Galaxia and their life forms were discovered by me in 2008 after doing research in the laboratories for about 17,5 years in the aerosol universe.  Since then the color machines and animals have landed on planet earth to make our daily environment more colorful. “

BASE23 lives and works in Berlin and has exhibited in Barcelona, London, Melbourne, Paris, Berlin and several German cities. BASE23 started with graffiti in 1989 and went on to study, majoring in graphic design/typography. 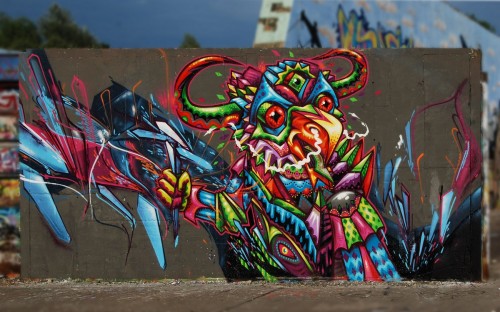