Subliminal Projects Gallery presents Wreck the Walls, a group exhibition on view December 11, through January 15, 2011. A reception for the artists will be held Saturday, December 11, from 5-9 p.m. 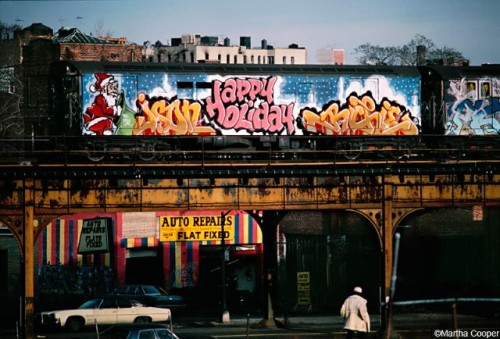 Wreck the Walls includes works by over 30 artists, established and emerging, who have helped shape the artistic spirit influenced by their times. Rebellious pioneers of their artistic genres, who come from a background where there are few rules and anything is possible, have helped pave the way for a younger generation of artists who are influenced by their prevailing subculture. From gallery to street art, this show expresses each artist’s divergence and individuality, offering a visual cornucopia of painting, photography, mixed media, works on paper, digital prints, sculpture, graphic design, and illustration.

This show seeks to allow the viewer a window into the myriad worlds of a group of artists whose careers span over two cultural generations, and whose individual visions create a disjointed mosaic. Their works recall the vastly differing self-perceptions cultivated in a patchwork art world constantly seeking to define and redefine itself. Wreck the Walls embraces the multiple identities of the artistic practice, and rather than seeking to congeal the complex layers of artistic vision that make up the culture, the show celebrates distinct perceptions by juxtaposing artists, whether established or emerging, who reject uniformity in a culture that defies singular classification.