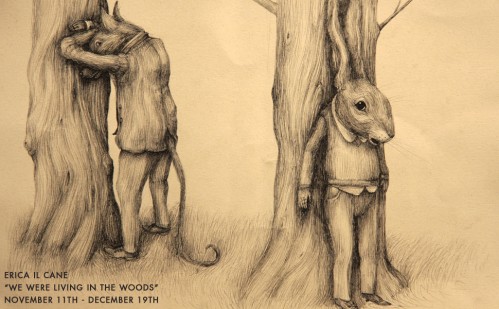 As a major contributor to an increasingly progressive and elaborate street art and mural movement occurring in Europe over the past 5 years, Erica il Cane (translating to „Eric the Dog“) gained international recognition for his anthropomorphic building-sized animal murals throughout Italy and the continent. With fellow contemporaries Blu, Sam3, Escif, and San, Erica’s large-scale murals have been viewed as fine art done within the public’s view. We Were Living in the Woods will feature works on paper and on-site installations. 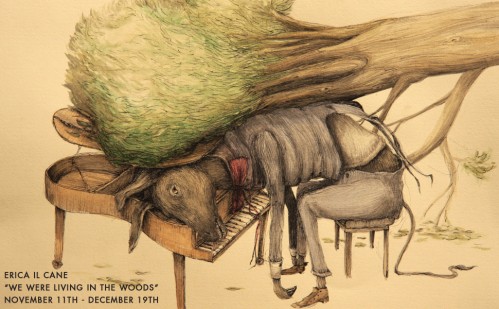 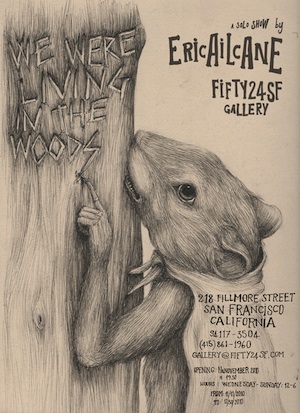