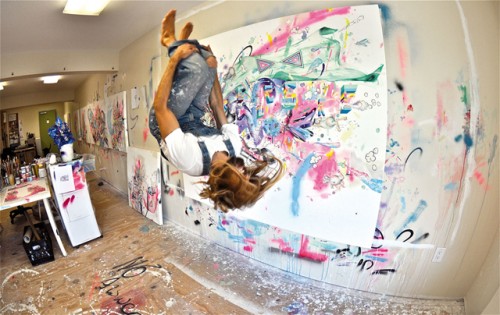 Kelsey Brookes is a former biochemist who lives by the beach of San Diego, California. He attributes his raw art style to an education system “that refuses to teach scientists to draw.” He abandoned biochemistry and science’s loss became art’s gain. The works potency arguably lies in the way its clash of ancient and ultra-modern references downplay sex and death, which are featured heavily in the work. Brookes describes his art as “an unrefined and, some would say, unskilled mix of sex, comedy and animals which is derived from a true passion for all three, except not necessarily all at the same time.” 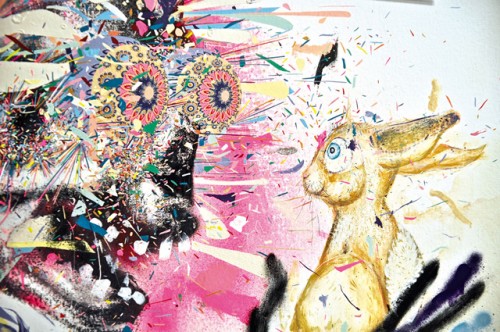 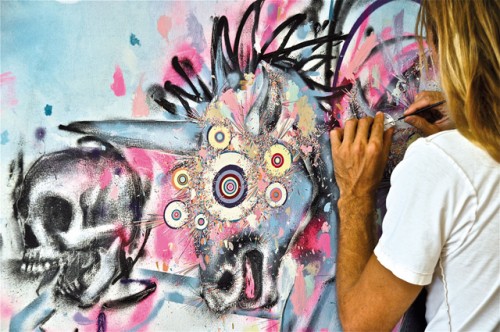 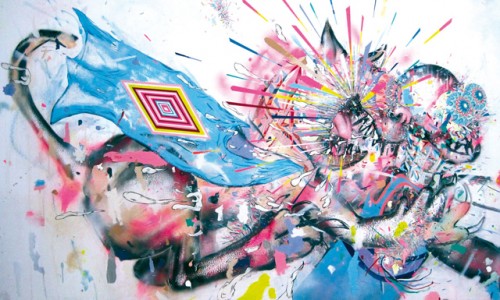