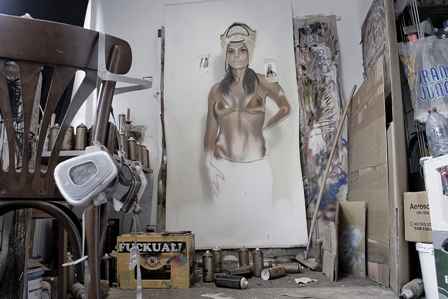 case’s new body of work references imagery from elaborate, self-staged photo shoots using spray paint on canvas. Combining exacting technical expertise with an innovative hint of liberation and irony, he investigates the parallels that exist between the conflicting states of convention and controversy, manipulating beauty in a dark, thrilling and provocative manner.

case is widely recognized as one of the best photorealistic spray paint artists in the world. His groundbreaking technique, detailed in the book Ma’Claim: Photorealistic Graffiti, Falk Lehmann and Steffen Petermann, Publikat Verlags und Handels GmbH and Co. KG, Germany, 2006, has set new standards and established a strong international collector base and fan network. 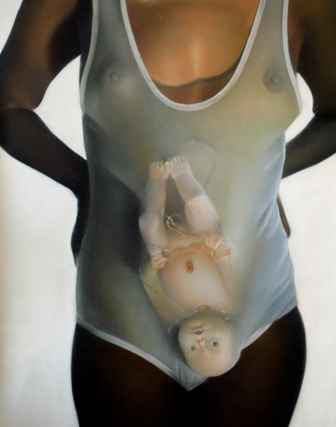 Born in Erfurt, Germany, in 1979, case has exhibited his fine art in galleries in the UK, Germany and US. He achieved his Diploma in Art Restoration and Conservation from Erfurt University Of Applied Sciences. case is also a founding member of graffiti crew Ma’Claim, a group of artists renowned throughout the world for their striking photorealistic murals. He currently lives and works in Frankfurt.

Watch case create one of the pieces for the show in a great video here.

And watch a slide show of behind the scenes at a photo shoot here.