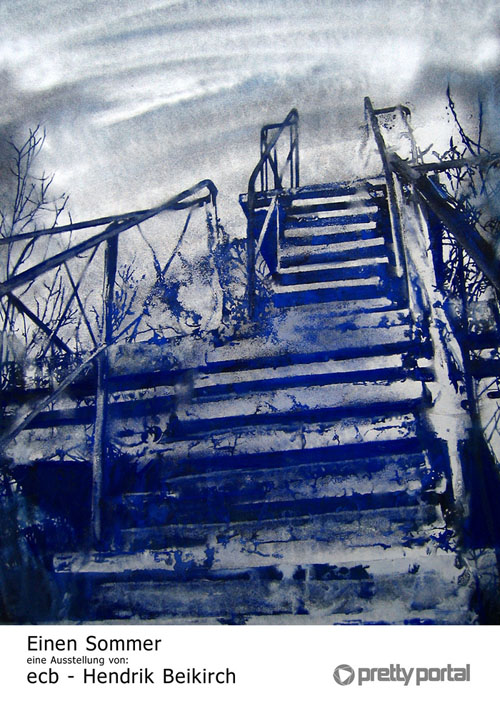 Graffiti as aesthetics between art and act of willful damage, sign language for the speed and mobility of modern urban Indians – these characterisations of wall art from the spray can are widely known. With his work on canvas, Hendrik “ecb“ Beikirch now shows that rather than following the pathway from the underground into the respectability of art galleries, graffiti is an art of space and its representation. He does not transfer the sign language itself from walls onto canvas, but rather captures the topographical scenarios in which this language takes place. Stairways, bridges and arcades are the topics of his canvasses, with a wide sky spanning above as a symbol of anarchy and the open space for which the art of graffiti was originally designed. In these imaginary visions, anonymity and secrecy metamorphose to near photographic perfection. A deliberately minimised colour palette and a blending and running of colours evoke the melancholy of a bygone era,
reminiscent of images from the early age of photography. Here, graffiti has been transformed into
an art of ephemeral beauty.