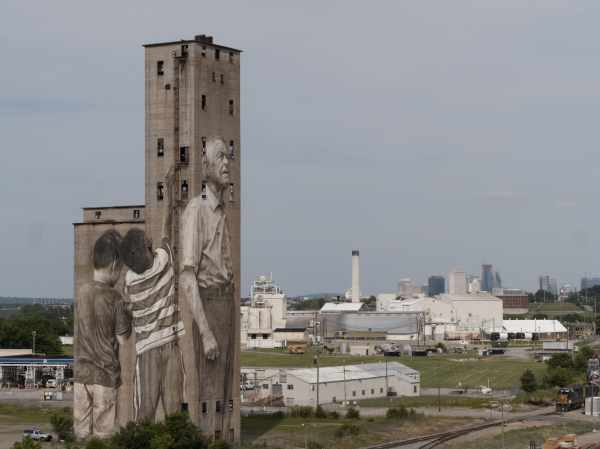 Guido van Helten recently spent a few weeks in “The Nations” neighbourhood in Nashville, creating a mural that was commissioned by Southeast Venture as a part of the Nashville Walls Project. You will find the mural on an abandoned grain silo – showing 165 feet tall front figure, the 91-year old Lee Estes. Lee has spent his whole life in the neighbourhood and is a volunteer at the St Luke’s Community House in “The Nations”. Guido got inspired by the old guys story of charity in the neighbourhood and decided to paint him – accompanied by two children from St Luke’s Community House. 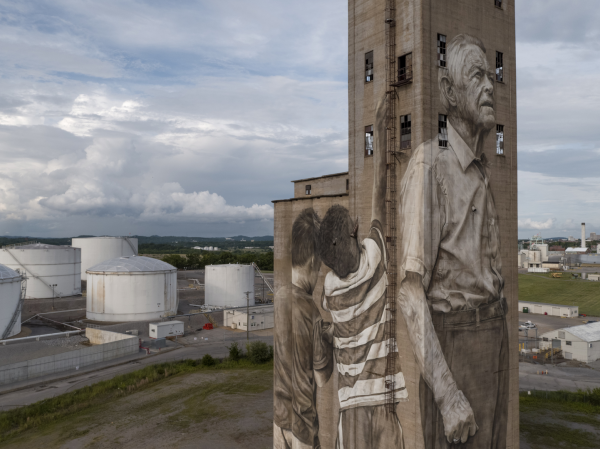 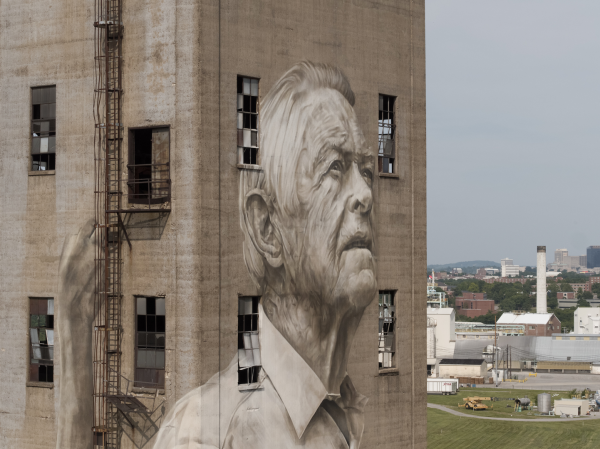 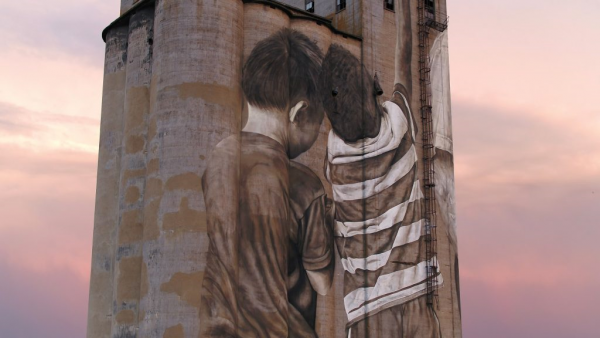 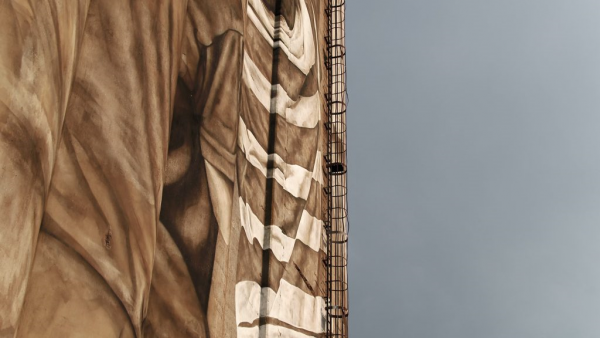 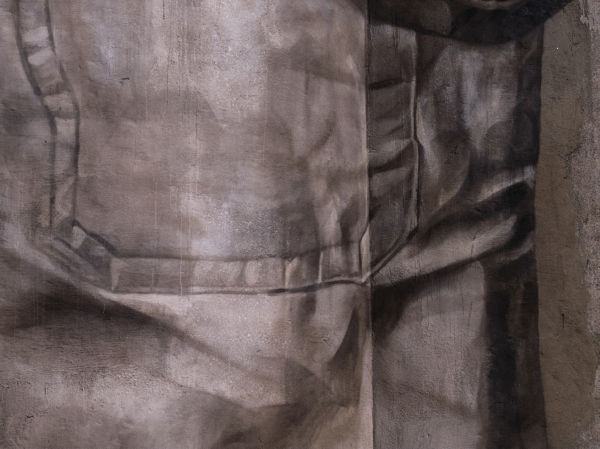 Nashville Walls Project is co-funded by Brian Greif and Eva Boros who have asked a few Q&A and here they are:

How did you like Nashville? Nashville is a great place and from what I gather has some powerful momentum in the arts and culture. I’ve enjoyed being here, but mostly my focus has been on the area of the Nations and West Nashville. I like to focus on a community in the content of the mural and also lifestyle while I’m working in a place, so I have mostly stayed local, worked and spent my time in the neighborhood while I’ve been here.
See any cool art while in Nashville? I have seen some great mural works downtown also facilitated by Nashville Walls Project but mostly have just been working and focused on my task at hand.
Can you tell me about Mr. Estes, the gentleman you painted on the silo?
It is important for me and my process to reflect a community’s character in my work, and through this aim I engage in a process of discovering and learning about a place through community engagement and consultation.
Mr. Estes has been part of this group for many years. To me he stands symbolic against the inevitable tide of gentrification. This is an issue that in some cases has left the underprivileged in worse positions, as developers and real estate agents move to capitalize on the Nashville housing boom.
I find the relationship between murals and gentrification conflicting, and in this work there is this conflicting yet harmonious composite of the two sides of social change. There is juxtaposition between a mural that discusses and commemorates the blue-collar demographic while at the same time being a powerful part of the change in the area. This is a dialogue and talking point that I hope this mural can create.
And the kids in the mural? I feel it’s important to try to give something back to young people while working on my projects, including them in the process in some way. The composition of Mr. Estes and the children is intended to push the idea that this mural stands not for a single individual but the community as a whole.
What’s next? I will be working on a few projects around internationally and hopefully more in the USA in the future. Over the next few months I plan to work in Finland, Europe, and India before returning to Australia later this year.
When did you start painting graffiti? How long have you been painting murals?
I’ve been practicing murals with aerosol since I was probably about 14 years old. My first piece was on the train tracks in Melbourne, Australia, which me and a couple of friends did in broad daylight with bucket paint and cheap spray cans from the two-dollar shop. Since then it has been a progression of different styles that has brought me to this point in my career.

If you want to know more about the process, check out the video below!

For more information about the artist see website below!