When you put three incredible street artists together, take one simple wall and mix it up you will get something outstanding out of it! And that´s exactly what happend in Berlin just a short time ago. 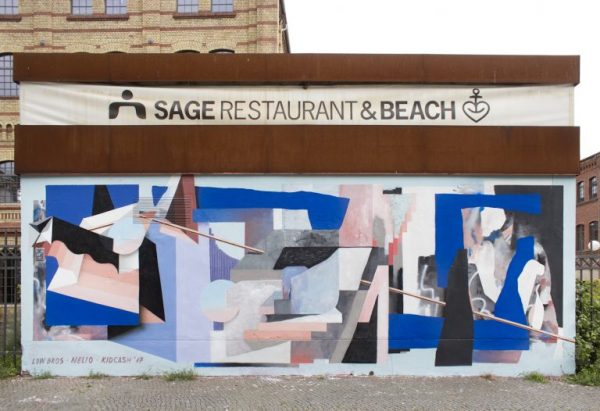 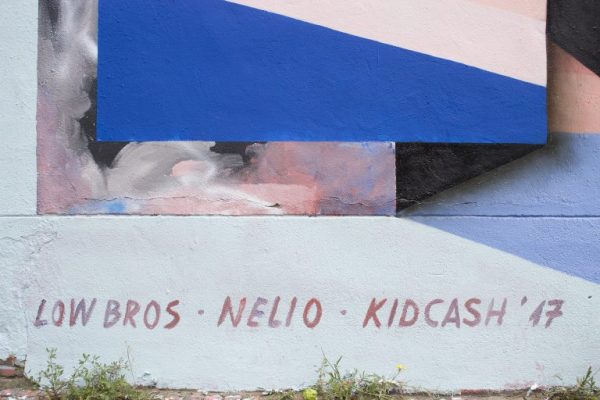 Low Bros/Nelio/KidCash got together creating an awesome mural in a spontaneous action:
After French artist Nelio recently visited Berlin with an intention of doing a collab piece with the local artist Kid Cash they joined up with Low Bros & organized a wall they could turn into a piece of art. 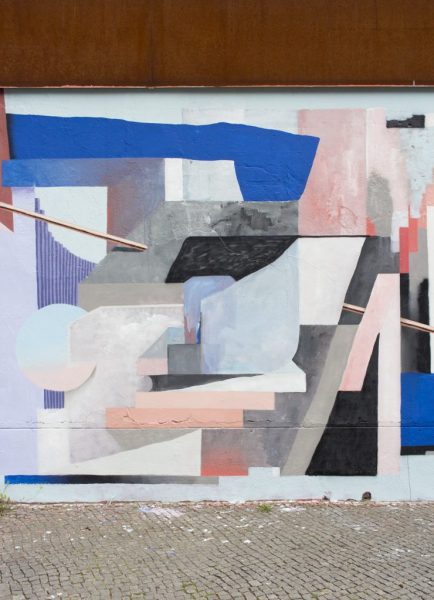 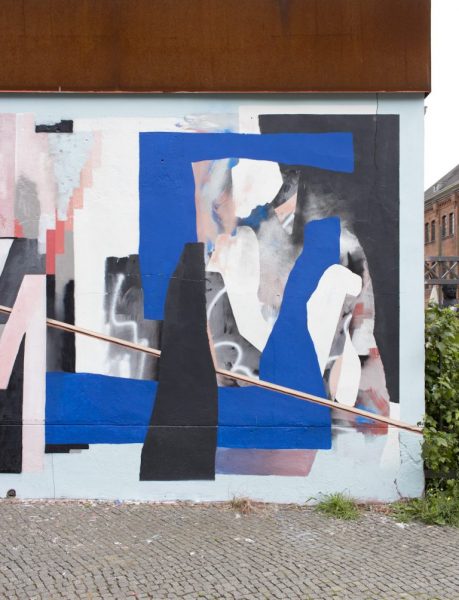 Crazy, geometric forms in different colors all over the wall – not quite clear what they want to tell us,.. but maybe they don´t say anything – they simply stand for themselves. It seems like they are overlapping each other – trying to create an optical illusion. Clearly, on is not supposed to figure it out. 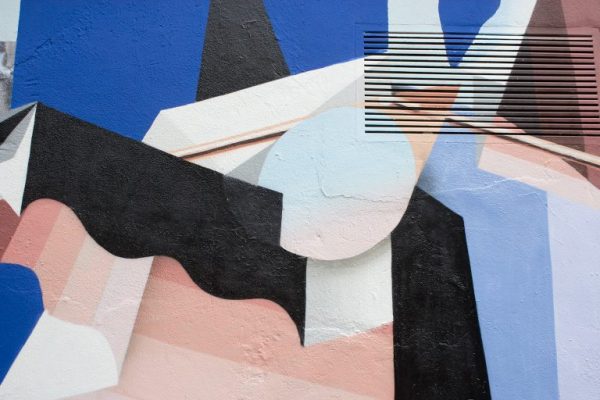