“Who Will Guard The Guards Themselves“, Faith47 newest mural in the streets of Los Angeles, enriches LA as well with its magnificent imagery as with its literary reference and statement.

Faith47 integrated the rough texture of wall by using grisaille technique to shape the dynamic bodies of the four horses. With including consciously the several overpainted parts of the wall in his imagery, he also refers to the broader meaning of the quote “Who Will Guard The Guards Themselves“. 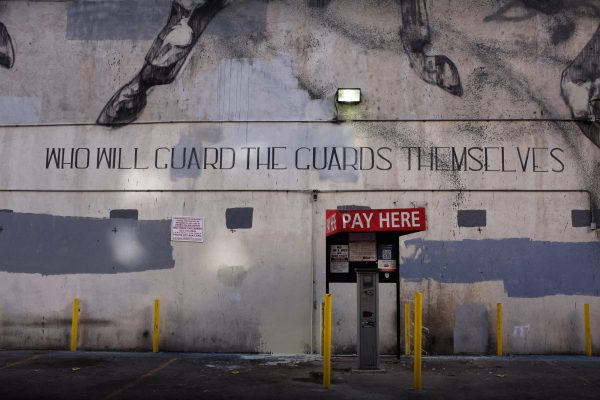 “Who Will Guard The Guards Themselves“ is a quote from the Roman poet Juvenal, who practiced social criticism already in the 1st and 2nd century with his satires. And although several hundreds of years have past, many of his quotes are still relevant for todays society. „How can we trust that authoritative guardians of power are left to guard themselves against themselves“, Faith47. 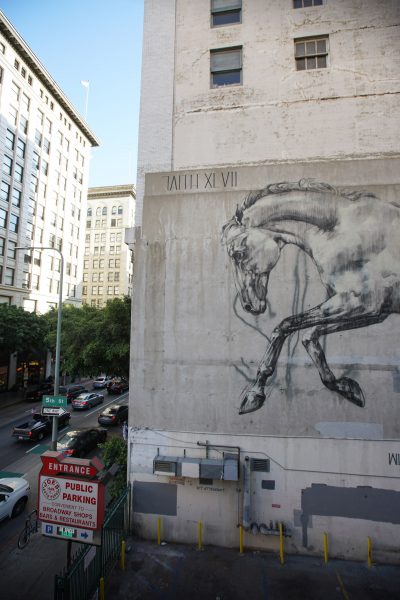 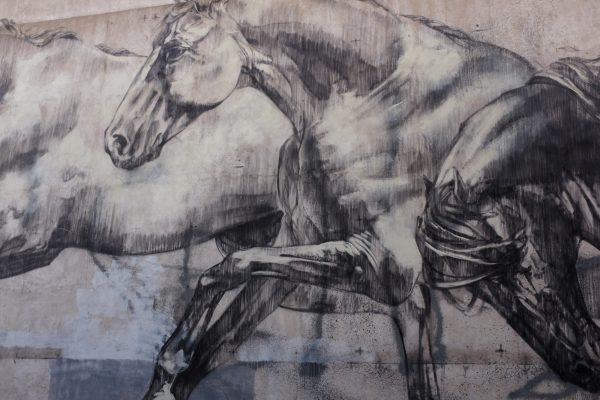