Borondo was invited by the team from Open Walls Conference to create a new piece in Barcelona / Spain.

The artwork refers to a catalonian tradition of creating human build towers, or so called „castell“. This event takes place in many locations in Catalonia. Each team of builders, or castellers wears a white trouser, a black bandana and colored shirt. The team from Barcelona wears traditionally red shirts.  The artwork is titled „Lenya“, a term which is used when a Castell falls. 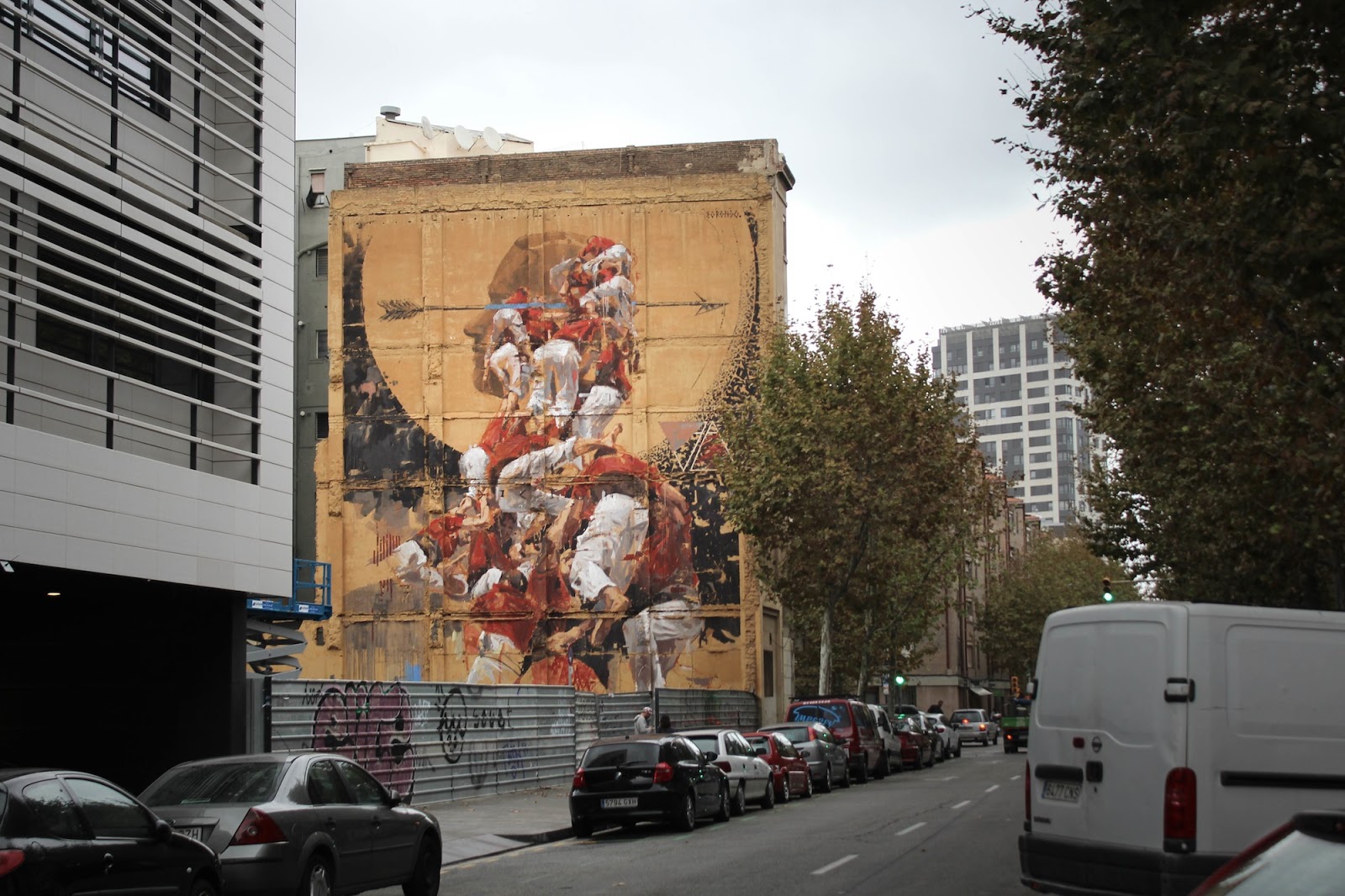 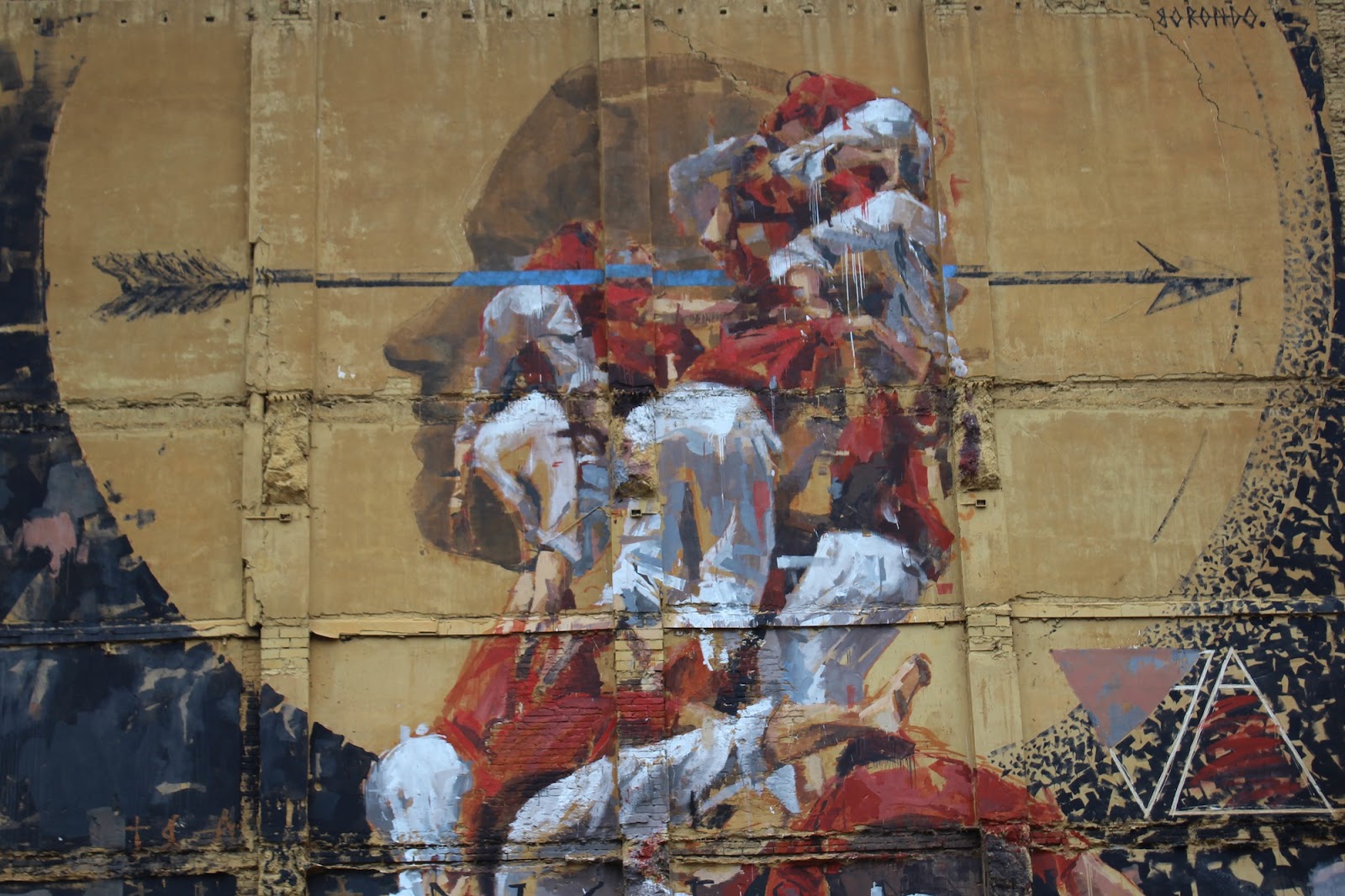 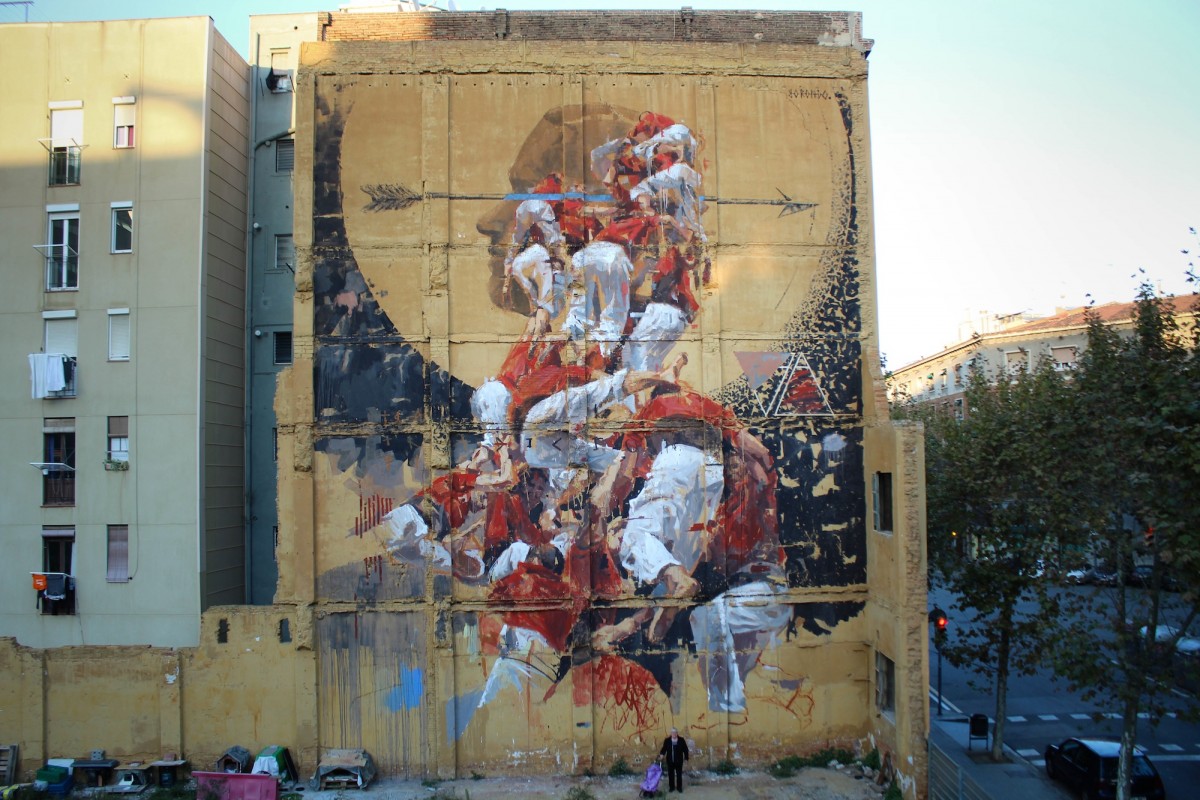