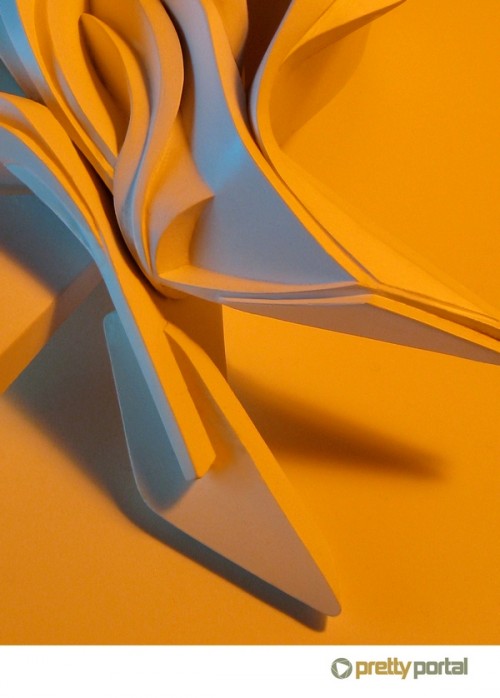 Starting on October 30th the well-known international graffiti artist Peeta exhibits his work at Pretty Portal Düsseldorf and is therefore seen in a German gallery for the first time.

The Italien artist Peeta (alias Manuel Di Rita) made his first graffiti in a small town somewhere between Venice and Padua in 1993. Today, sixteen years later, Peeta’s work is an inherent part in the international graffiti scene. Here, at Pretty Portal, Peeta can be seen in a German gallery for the first time.

This artists style is extraordinary: Beginning with organic conceptions in his early work, Peeta soon develops his very own typically typographic style, that is characterized by its impressive visual depth and unique 3D-composition. For some years now Peeta is, next to his wall pieces and murals, also working on canvas and sculptures. In the artists opinion those media don’t exclude, they rather inspire each other. Working on a sculpture gives him new ideas for wall pieces, while on the other hand those graffiti inspire him to build the same furious forms in a sculptural way. The wall graffiti are dynamic and outstanding – the works on canvas show the same energy but with more privacy. Peeta shows his skills and experience on all areas.

Not only Italy, but also the Mecca for graffiti, New York City, influenced Peeta’s work: In 2003 he became part of the FX crew of New York City and three years later he shall be a RWK crew member. At home in Padua he already was part of the EAD crew. Together with other famous international street artists (for example ecb or Loomit, both already held an exhibition at Pretty Portal) he’s always looking for new projects all over the world.

Next to his activity on graffiti and street art, Manuel Di Rita is working as an industrial and product designer. That’s another important impulse for his art, which is best expressed in his sculptures. Here polyurethane, wood and cellulose acetate meets leather, paper and cardboard. This combination of design and graffiti is one of the characteristics of Peeta’s art, that causes a permanent further development.
Exhibition:
30.10. – 27.11.
Vernissage:
30.10. /19h – 23h