Carmichael Gallery has two great shows opening simultaneously on September 10, both featuring artists from the UK.

In the front gallery is “Disillusion”, a solo with acclaimed painter Dan Baldwin. “Disillusion” will feature 15 works on canvas, a selection of hand-painted ceramic vases and an exclusive, limited edition print which play with pop cultural icons, myths and symbolic imagery. 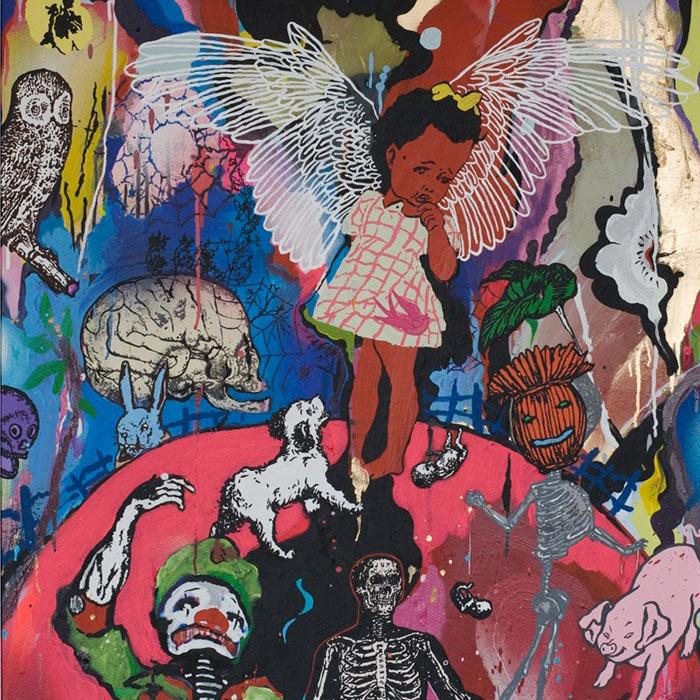 Baldwin bridges the gap between abstract and figurative painting to create a landscape that simultaneously reflects reality, the power of the imagination and the private, inner workings of his mind. His style has a unique aesthetic which is difficult to categorize. Working by instinct, it can change dramatically depending on the subject matter he is exploring and the emotions he is channeling. His candid expressivity, playful manipulation of iconography and vibrant application of color, mark making and mixed media reflect his continued interest since his days as an art student in the works of Pollock, Warhol, Basquiat, Rauschenberg, Twombly and Bacon. 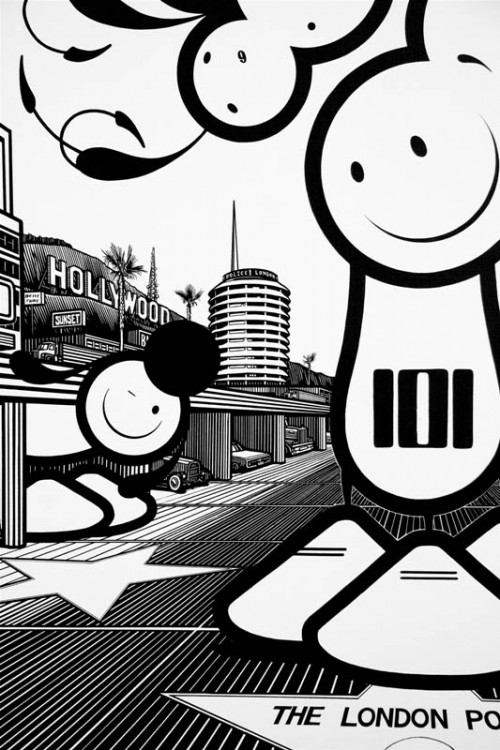 In the rear gallery is “Brothers in Arms”, an exciting new show from UK-born, Amsterdam-based collective The London Police. Internationally recognized for their artwork, toy design and street interventions, they are celebrating their ten year anniversary with an exhibition of all new Hollywood-themed paintings, video and photographs. Chaz and Bob have been handcuffed to each other for the duration of the creative process for “Brothers in Arms” and have filmed every step of the way. The result is an eye-opening exploration of personal space and the bonds of friendships.

The London Police have developed a clean, distinct, and highly recognizable style over the years. The sensory thrill of their work is influenced in part by technology and science fiction, the magic of the cinema, and the empowering nature of the urban environment. Their interest in artistic identity and branding and ability to reappropriate and remix likens their style to that of Takeshi Murakami, while the iconic function of the LADS, on the other hand, is not dissimilar to Walt Disney’s Mickey Mouse.